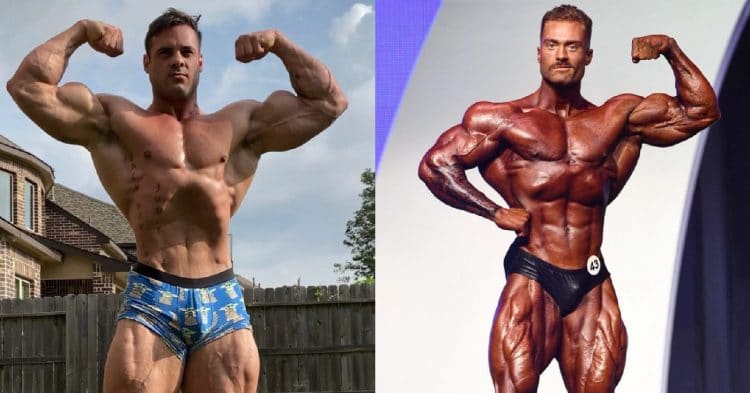 Former Men’s Physique competitor Logan Franklin has already started his journey in the Classic Physique division. Before he has even gotten a foothold in the division, he is already gunning for the division’s best by going after Chris Bumstead.

When Franklin revealed his intentions to make the move up to Classic Physique, it was not that big of a surprise. Although he was always very talented, he struggled to reach his full potential at Men’s Physique. He had shown a ton of promise, but none of the physique that you hope to see from a champion.

From the moment Logan Franklin made the move to Classic Physique, at the Tampa Pro last year, it was clear that he had found his division. He still had a lot of work to do, but many people were already beginning to suggest he could be the only person who can beat Classic Physique Olympia champ Chris Bumstead. In fact, there were some comments on a recent post from Logan, of people going back and forth about who was better between he and Chris, which led to this remark from the former Men’s Physique competitor.

“I’m not trying to blow air up my own ass. BUT I know what I’ve got and I know my shape, my lats connect to my waist and I can hit every shot @cbum can hit except I’m pretty sure my arms are much better.”

These remarks got back to Chris, who was tagged in the comments. This led Bumstead to post to his Instagram story, not directly calling out Logan, but seemingly firing some shots at the 29-year old. More or less, he implies that Franklin is being a bit too confident for someone who is unproven.

“Pay attention to those who talk a hot game, but haven’t proven anything to back it up yet. Opinions of yourself don’t win shows 😉”

This prompted a response from Logan Franklin, who took to his own Instagram to share a picture of his much improved physique. When one of his commenters asked about the aforementioned post from Chris Bumstead, he was direct about saying that he knew Chris was referring to him, and that he felt like Chris was acting like an ex girlfriend.

“Of course (his story was about me). A man that ghost follows my profile and posts subliminal messages about me. Already sounds like my ex gf” 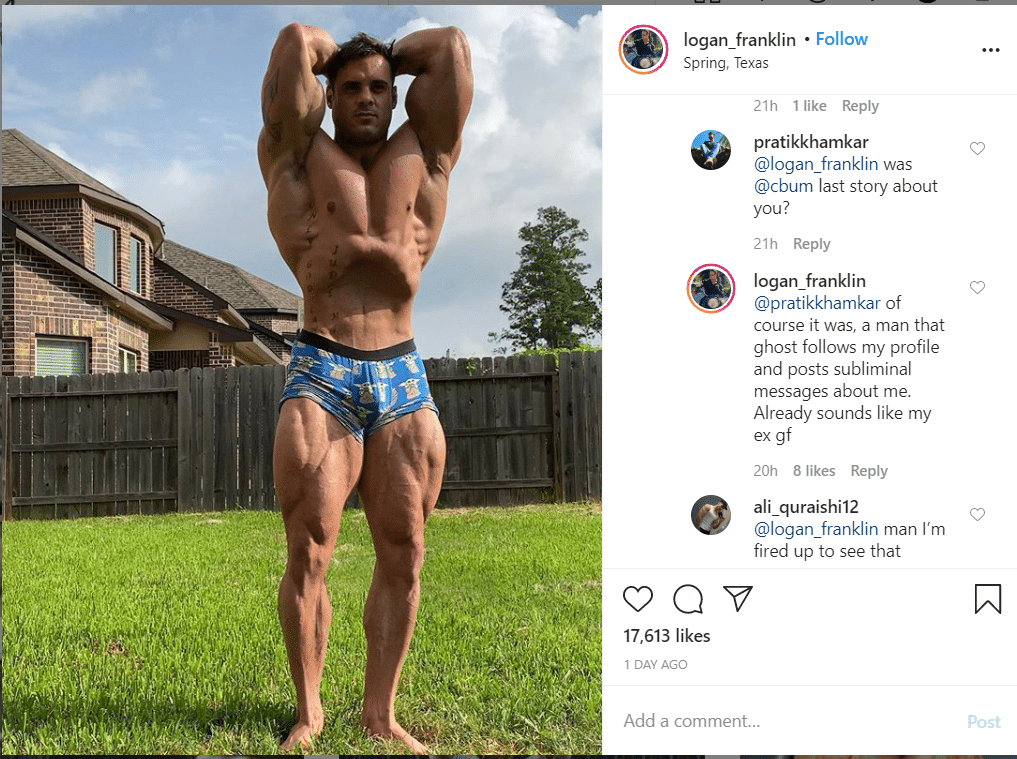 It would appear that Logan Franklin and Chris Bumstead are starting to have quite the beef going between the two. The Olympia champ has a point about Logan still having a lot to prove. However he has showing some massive improvements on his physique recently, that suggest that he could have something special to bring to the table soon.

Peiman Maheripourehir Blazes Through Massive 476kg Deadlift, With World Record In His Sights