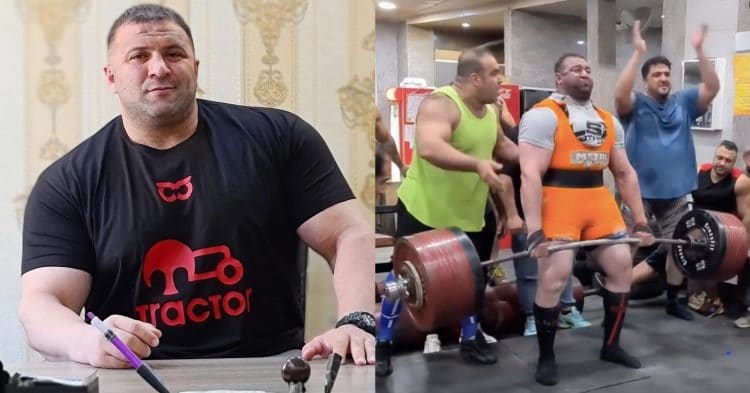 When it comes to the deadlift world record, there are few people who stand a chance of besting Hafthor Bjornsson’s 501kg deadlift. Peiman Maheripourehir is one of those men, and he proved that again recently by scoring a new PR.

Iranian strongman Maheripourehir has been putting together a crazy string of performances recently, that have the strength sports world buzzing. In particular, his deadlift skill are off the charts, and improving at an exponential rate.

Not only does Peiman have his sights on a new world record for the deadlift, outdoing Thor’s performance from last year, but he plans to blow past it. While Bjornsson bested the previous record by just 1kg, Peiman wants to extend the record by 4kg, to a whopping 505kg (1113.3lb).

Each step of the way has seen Peiman Maheripourehir pulling more and more weight, inching himself closer to his goal. His most recent performance saw him deadlift more than he has ever pulled before.

Posting to Instagram, the strongman shared a video of him deadlifting a staggering 492kg (1084.6lb), while wearing a suit and using wraps. While this was equipped instead of raw, it was still a personal best for him.

Also in the description, Maheripourehir seemed to outline the next steps he plans on taking with his deadlift progression. It appears that he wants to move to 500kg next, followed by 501kg, and a record setting 502kg, before going for the main goal of 505kg.

Obviously there is a lot of work that needs to be done for him to reach that 500kg goal, much less 505kg. That said, it seems like he is on the right track, and if anybody has the potential to do it, it would be him.

Maheripourehir has been making a ton of rapid progress too, especially over the last several weeks. Here he is pulling a gigantic 477.5kg double, something he claims is an unofficial world record.

At the end of the day, time will tell if Peiman is capable of doing the unthinkable and scoring the new world record. He is continuing to show some serious gains that imply he has the potential, and it can not be denied that he has the drive and motivation.

What did you think of this recent performance from Peiman Maeripour? Does he have what it takes to break the deadlift world record?