Life and accomplishments of Rory Leidelmeyer 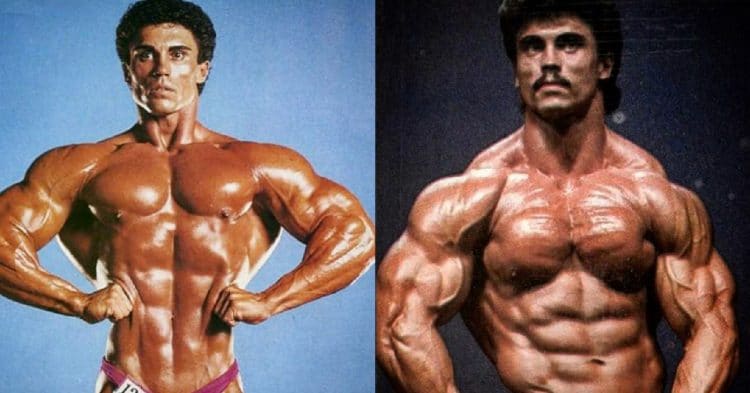 Rory Leidelmeyer hails from Holland originally and was a known bodybuilder with a healthy competitive career in the 1970s and 1980s. Before he began bodybuilding, his dreams were in the NFL. Unfortunately, an injury put this dream to bed for good for him. With an athlete’s heart, Rory Leidelmeyer looked for a way to stay active and competitive.

He wasn’t into bodybuilding long when he began to win titles such as the AAU and Mr. America. During the course of his career, he also had the option to star in movies and music videos, including Kazaam starring Shaquille O’Neal. Prior to that though, Rory Leidelmeyer’s early life was not glamorous at all.

Rory Leidelmeyer was a teenager when he moved to the United States with his family. His family was always traveling so his father could find work. Eventually, his father found a welding job, and the family settled in Whittier, California.

Rory has always been a natural athlete. His football career began at the California High School football team. There he played as a kicker and a quarterback. But his father had been a bodybuilder since Rory was about 5, and he knew that might be something he would want to try one day.

Rory had just begun in football when he began thinking about a professional career there. Unfortunately, a leg injury took him out of the game. He beelined for the sport of bodybuilding and was bodybuilding by 1975. When he first started, he weighed 143 pounds but wanted to grow in both size and potential by the end of his career.

Although his weight did not ever change much, his physique certainly did. Another goal he had was to be on the cover of magazines, as they were a way of shaping his career.

After Rory Leidelmeyer left football, he trained in bodybuilding with his eyes on a big prize. He entered the Mr. Los Angeles competition and came in second place. By 1980 he had won Mr. California and was well on his way to national fame. His first dream of being on a magazine cover had come true.

One of the judges in his competitions, the renowned Joe Valdez, agreed that Leidelmeyer had what it took to go far. Even so, Rory was not quite in the number one spot yet. But he kept competing in the AAU Mr. America competition until he hit the big prize. It would take four times and a run to 1988 when Rory Leidelmeyer became Mr. America.

He felt during those years that some competition politics got in the way of a big win for him. He thought he should have won it sooner. In the end, his potential paid off. His friends began asking him about a professional career.

By then, Rory Leidelmeyer had a wife and family. He did not want to become a professional athlete at that time. He had already begun a fitness consulting business, and he wanted to maintain some physique in the event he ran into competitions again. Even so, he would always say his family came first. For a few years, he fit in comp training whenever he could, but his competition days would soon be over after Mr. America.

To reach Mr. America status, Rory Leidelmeyer had an intense training program. Even as a fitness consultant he would make videos for his clients and supporters. His theme for training was fast and intense sessions that were typically very short. His client roster included high school athletes, police officers, football players, NFL athletes, and whoever else wanted to train with a former Mr. America.

Rory’s training sessions lasted about 45 minutes each time. Some days he would work out more than others. He would focus on one body part at a time.

Here is a workout from a Rory Leidelmeyer bicep video.

“My buddy put together back in 1980…a blue-collar gym. It’s a family-oriented gym. Understand biceps five, means two biceps do two things, they function two ways. Rotate the wrists and curl the arm up.”

Rory Leidelmeyer had to have soul to win Mr. America, and he brought that soul and inspiration to the training room, for himself, and for his clients. In the biceps video he says,

“Also remember this, the biceps do the work every day. As long as you got a heartbeat you got a destiny.”

To do the Rory Leidelmeyer bicep curl, he instructs the following:

He says when training, the biceps do a double movement with a wrist and a curl. He is also a big believer in God, and brings that to the training room as well, noting in the above video,

“Let me explain this exercise. This is an exercise that was taught to me back in the early ’70’s. It’s a compound motion. It’s a fly and a press. One part of the motion gets completed before the next motion starts. It’s a control motion, and because it’s controlled, the chances of injury are lessened. It’s not about the weight. It’s about the movement of the weight. It’s about the contraction of the muscle. It’s about the fulfillment of the movement. There’s a beginning and there’s an end in every rep. There is a set in every set. There is a journey in that journey. You’re behind the wheel. Don’t complain and enjoy the drive.”

Rory Leidelmeyer did not follow what would be a traditional hardcore athlete diet of today. He did watch what he ate though and made a point of consuming as many calories as possible. Sometimes he would add thousands of calories a week to his diet just to become larger and more lean. Without strict meal planning in place, he placed an emphasis on animal protein, complex carbohydrates, and healthy fats. For complex carbs, he would eat oats and yams.