9 PEDs Outlawed By CrossFit And What They Are

Here's some interesting information about the Performance Enhancing Drugs not allowed in CrossFit. 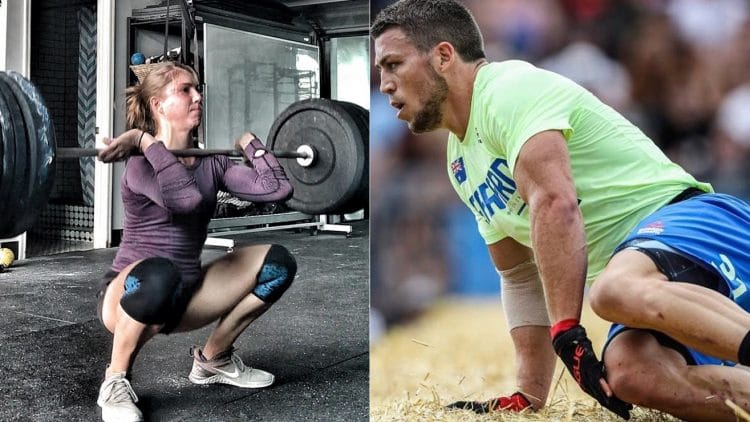 CrossFit athletes who are registered in sanctioned competition are subject to drug testing at any time for whatever reason, and recently, we’ve seen many competitors who were banned from participation due to violating the organization’s strict drug policy.

This is devastating for the athlete no doubt but the rules are perfectly clear for what is and isn’t allowed. So today, we discuss 9 performance-enhancing compounds banned by CrossFit.

Here are the banned substance classes taken from CrossFit Inc.

Starting out the list is human growth hormone (HGH) which is a protein produced by the pituitary gland naturally to spur growth, improve aspects of development, and support many other health functions (e.g. improving body composition, regulating body fluids, muscle, and bone growth, in addition to sugar and fat metabolism).

But it’s also used for Turner’s, and Prader-Willi syndrome which affects development.

And although synthetic HGH is commonly used for improving growth and development in children this powerful substance is often synonymous with performance and aesthetic-enhancement in combination with anabolic steroids. It’s also used for anti-aging however this is not approved by the FDA.

But it’s quite apparent HGH can do a lot for improving your overall physical fitness since it’s used for building lean mass, losing fat, improving VO2 max, and maximizing power output. And it’s even used by many for the potential anti-aging effects which it’s not approved by the FDA for.

Common side effects include pain in the joints, muscles, and nerves, edema (swelling of body tissue), high cholesterol and other undesirable side effects.

Anavar is a popular anabolic steroid typically given to patients who are at an unhealthy weight due to medical reasons. And it’s also used for osteoporosis and bone-related issues. But it’s a strong muscle-building compound (although on the weaker side compared to others) too which is what bodybuilders and gym-goers use it for.

Back in 2018, CrossFit athlete Megan Benzik failed a random drug test of which she tested positive for Vyvanse (prescribed) and Anavar (not prescribed) resulting in her suspension from competition. She knowingly took the Anavar and was aware that her decision to take both drugs was a risk but took full responsibility for her decision.

Rad140 is a selective androgen receptor modulator (SARM) still under research although promising for muscle wasting and potentially breast cancer treatment. SARMS are similar to anabolic steroids but these compounds are more selective in their binding activity to androgen receptors.

RAD140 helps to improve lean muscle mass while being very potent in this regard. In fact, it is considered the strongest SARM available and therefore it’s a banned substance.

2017 CrossFit Games podium finisher (3rd place in 2017) Ricky Garard from Australia was the first case of a top elite competitor testing positive for PEDs which were Testolone and Endurobol (also another banned substance on our list). He lost $76,000 in winnings and is not allowed to compete until 2021.

LIGANDROL – LGD4033 is another very potent SARM. It’s used for muscle and strength-building purposes which it does very effectively. And many elite athletes have been banned due to taking this compound to get a performance advantage.

Also known as Cardarine, this drug was shown in 2007 to cause rapid growth of cancer in several organs during animal testing of which it was abandoned, although it was first introduced in the 90s as a potential drug candidate for metabolic and cardiovascular diseases.

However, in 2007 it was shown to dramatically improve physical performance in rats of which it was then sold on the black market for athletes and ultimately placed on the prohibited list in 2009 by The World Anti-Doping Agency (WADA). There were also many concerns that athletes participating in the 2008 Beijing Olympics would be using this substance and a test was developed then offered to the International Olympic Committee.

Overall, there are many warnings against its use due to safety concerns.

Another SARM compound, Ostarine is milder in nature although it still does bind to the androgen receptors and it’s used to build muscle tissue. Ostarine is banned at all times under the S1 Anabolic Agent category of the WADA Prohibited List.

However, more and more athletes have been testing positive for this substance resulting in suspensions.

Different from many of the substances on our list, Anastrozole is considered a nonsteroidal aromatase inhibitor and it’s often used in the treatment of early breast cancer with surgery or radiation for women who have experienced menopause. But it’s also used to treat breast cancer in women whose condition worsened after taking tamoxifen (Nolvadex) because it prevents estrogen from fueling growth of the cancer cells.

But because it’s effective for lowering estrogen, this then maximizes testosterone which is highly responsible for improving body composition.

There are many side effects which can result from taking Anastrozole as it’s rather potent.

A central nervous system stimulant, Adderall (brand name) is a combination of dextroamphetamine and amphetamine often prescribed for ADHD and narcolepsy. But it can really improve focus, concentration and much more which is why athletes may be tempted to use it for the cognitive-enhancing effects.

But there’s also the potential for developing nervousness, sleep issues, dizziness, dry mouth, and other undesirable side effects.

Erythropoietin is naturally produced by the kidney to make red blood cells. Exogenous agents are used for kidney disease and anemia and the red blood cells increase hemoglobin in the blood which helps to transport oxygen throughout the body.

But the synthetic form Epoetin is typically used for improving endurance which would give a competitor a big advantage.

13 Ways to Prevent Elbow Pain When Working Out