In Preparation For Bodybuilding Debut, Jujimufu Works On His Posing Technique With Antoine Vaillant 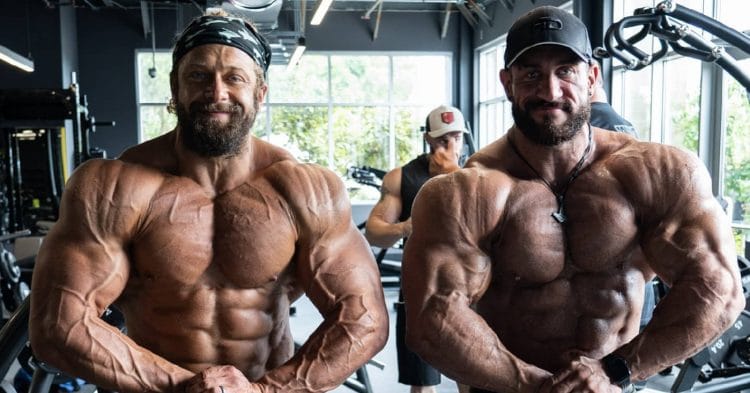 YouTube fitness star Jujimufu, aka Jon Call, has been grinding hard to prepare for his bodybuilding debut next year. In the efforts to prepare for this, he brought in Antoine Vaillant to help him work on his poses.

Competing on stage is something that Call has been talking about doing for a while. He always has been known for his ridiculous physique and natural athleticism, and he is often involved in a variety of strength sports, so bodybuilding seemed like a natural progression. After speaking about it for several months, he finally announced recently that he will be making his debut at the 2021 Arnold Classic Amateur, where he will take the stage as an open competitor.

Although there is still several months before this show will go down, Jujimufu has been working hard already, in order to prepare himself. Not only that, but he has been a true student of the game, working alongside some other top athletes in the sport. Most recently he was seen joining forces with Antoine Vaillant, who is fresh off of his win at the California Pro. The YouTuber shared some photos of the pair, who have apparently been friends for years, on Instagram, as they both pose and show off their jacked physiques.

“With one of the best bodybuilders in the world @antoinev87 We’ve been best friends since 2002 and beyond and I missed him! So grateful to be part of the @hd.muscle team, which brought us together this weekend at the new @carbon_culture_usa gym!”

Comparing the two physiques, there are actually a lot of similarities between Jujimufu and Vaillant. Antoine seems to be a bit bigger than Jon, but they have similar shape and definition in the shoulders and chest. Juju’s legs are covered so we are only looking at a limited view, but his vascularity is off the charts, which lines up with what we already knew about him.

We did get to take a look at his legs a few days earlier, when Call put on the posing trunks and hit some more poses. This saw him give some of the best looks at his physique, and was also when he made the announcement that he was competing at the Arnold. It helped give a good look at what kind of package he could be bringing to the stage when he competes for the first time.

Jujimufu has been pulling out all the stops to prepare for his transition to bodybuilding, working with some big names. There is a lot to be hopeful for in his competitive debut, but there is also several areas that he can improve on before he steps on stage. Hopefully working alongside the people he has been will help him to seal up the cracks in his physique.

9 PEDs Outlawed By CrossFit And What They Are