Phil Carter Achieves Success As A Bodybuilder, Despite Having Cerebral Palsy, And It Is An Inspiration To Us All 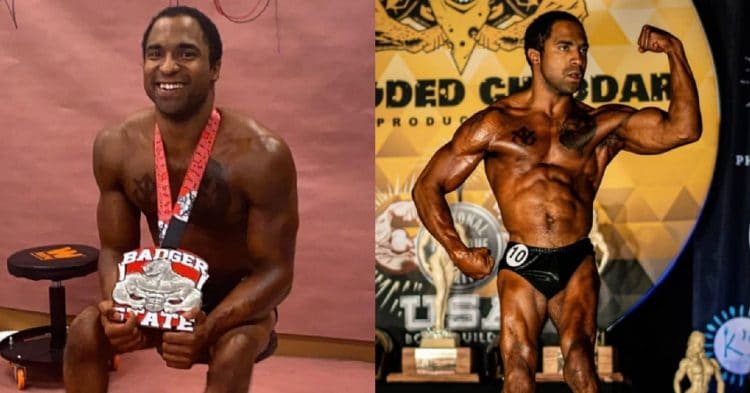 The fitness and strength sports community does it’s best to be inclusive of people from all backgrounds of life. This was easily the most evident with Phil Carter who has shown that even cerebral palsy is not enough to stop someone from finding success in the sport.

Cerebral palsy is a rare disease that affects less than 200,000 people a year, but those who suffer from this condition often struggle with living normal lives. This congenital disorder has an effect on movement and muscle development, as well as posture, often leading to a wheelchair bound lifestyle. It can even lead to learning disabilities and delayed growth, as it is due to abnormal brain development usually before birth.

Given the circumstances of cerebral palsy, it is not exactly something you would expect a bodybuilder to have. Nevertheless this is the case for inspirational NPC competitor Phil Carter, who has worked past his disability to achieve some impressive things in the sport. Over the weekend he competed in a show call the NPC Badger State, and his performance here had the bodybuilding world buzzing.

“I’m not dealing with Cerebral Palsy ITS DEALING WITH ME. I wanna be the absolute epitome of ‘Mind over matter.'”

A post shared by The Ability Phil Carter (@thenaturalability)

This is beyond inspirational, from Phil Carter. He calls himself The Ability, and that is just a testimony to his mindset about his disease. He does not look at cerebral palsy as a disability, instead focusing on the things that he can do even with the disorder. His Instagram is filled with posts that offer a similar message, and he is always improving. He considers himself a work in progress, with plenty of room to grow every day.

A post shared by The Ability Phil Carter (@thenaturalability)

This was not the first time that Carter competed, but it was his first contest since 2018. He says that he learned a lot from that first show, on how he can improve his physique and get better. It is safe to say that he has done just that.

Phil Carter is a beautiful example that life is about what you make of it, not what it makes for you. He has been able to push himself beyond what others would assume he could. He is a massive inspiration to anyone watching, and continues to amaze the bodybuilding world.

How To Watch 2020 CrossFit Games Final