5 men and 5 women will meet in California to fight for the Fittest on Earth title this weekend. 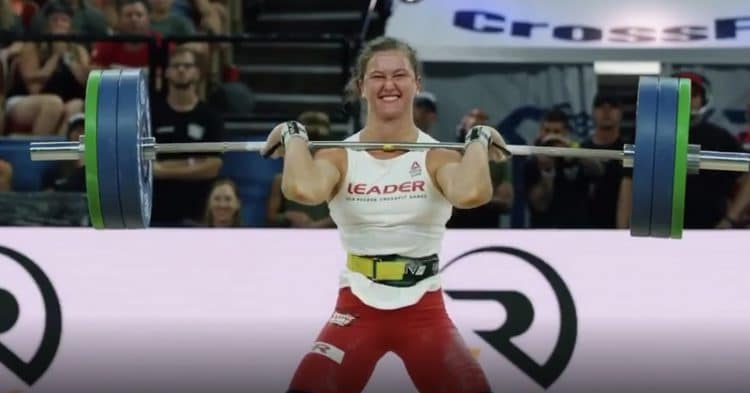 We are just days away from the finals of the 2020 Reebok CrossFit Games, and events 2, 3, 6, 7 and 11 have been revealed. The event is scheduled to take place between Friday October 23 and Sunday October 25, where 5 men and 5 women will compete to take the Fittest on Earth® title.

Event Two will be the Corn Sack Sprint, which includes a 320-meter hill spring in a corn sack. The weight for women will be 30 pounds/13 kilograms while the weight for men will be 50 pounds/22 kilograms. The time cap on the event will be eight minutes.

Event Three will be the CrossFit Total. That event includes 1-rep-max in a back squat, shoulder press, and deadlift. We previously reported on an event that CrossFit Games Director Dave Castro was hinting at on Instagram, and this 2007 event is being revisited for the 2020 Reebok CrossFit Games.

The required lunge distance is approximately 60 yards for each athlete, which is just over half of a football field.

Event 7 will be the snatch speed triple. That involves 1 snatch at each bar, 3 bars and 3 rounds.

In the quarterfinals, each athlete will have a one minute cap:

For the Semifinals, only four athletes will compete with a two-minute cap.

In the finals, the best three athletes will compete with a three-minute cap.

Each event all weekend long will be competed in by the top 5 males and 5 females from Stage One of the Reebok CrossFit Games held last month. Some of the returning athletes are there to keep the title of Fittest Male on Earth® or Fittest Female on Earth®.

At the top of the leaderboard in Stage One for men was Mat Fraser, who is a four-time title holder of Fittest Male on Earth. For the women, Tia-Clair Toomey is back to see if she can win the Fittest Female on Earth® title for the fourth time running.

Events begin on Friday October 23 at 8:30 a.m. P.S.T./11:30 a.m. E.S.T., and will be live-streamed on games.crossfit.com, Facebook, and Pluto TV. Add the event to your calendar to access any of the links easily, and ensure you don’t forget it.