Following his disappointing third place score at the 2020 Mr. Olympia, Phil Heath took a moment to assess the experience and thank his fans 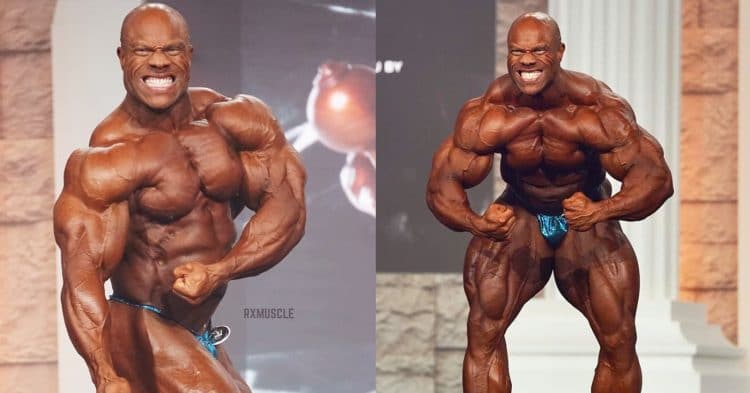 The 2020 Mr. Olympia is in the books, and the weekend, which took place December 17-20th, in Orlando, Florida, saw seven-time champ Phil Heath score third place in his return to competition. Following the event, he reacted to his placing, and thanked his fans for their support.

Heath competed for the first time in almost two years when he stepped on the Olympia stage in Orlando. Having not competed since 2019 champ Brandon Curry, Phil decided to return in an attempt to tie the record for most Olympia wins, with eight. If successful, it would have made for one of the craziest comeback stories in all of bodybuilding.

” I returned to @MrOlympiaLLC to challenge greatness – within the sport of bodybuilding, and most importantly, within myself,” Heath wrote.

“From day one I owned every obstacle and outcome because I knew this was a rare opportunity to dare greater.

Thank you for allowing me to find my greatness on stage once again.”

This message from Heath was far from wordy, but it is clear that he is still a bit emotional about the whole experience. His message prompted a response from several members of the bodybuilding community, all of which praised Phil for his performance. It did a good job of representing how beloved of a figure he is in the sport.

“Never let your gifts go unrecognize and give thanks for them every day. Not everyone gets to dance in your shoes. 👊🏾 Respect Champion!” wrote Kai Greene.

“You looked amazing. Was great sharing the stage with you again 💪🏾💪🏾” wrote Juan Morel, who competed alongside Heath over the weekend.

No matter the outcome of the 2020 Mr. Olympia, nobody can take away the fact that Phil Heath is one of the greatest bodybuilders of all time.

Related: The final Olympia results for all divisions here.

Things may not have gone his way over the weekend, but there is no denying that he is still beloved in the community. Hopefully we will see him back on stage in 2021, but if he chooses to walk away, he has nothing left to prove.