Phil Heath's Attempt To Win 2020 Mr. Olympia Will Be Made Into A Documentary Produced By Dwayne Johnson and Dany Garcia 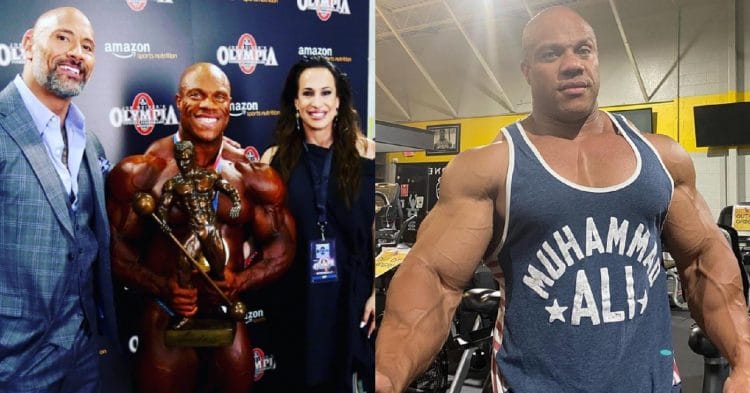 Bodybuilding legend Phil Heath will be looking to do something incredible when he competes at the 2020 Mr. Olympia. His journey will apparently be turned into a feature documentary, produced by Dwayne Johnson and Dany Garcia.

There is already a legitimate argument to make that Heath is already the greatest bodybuilder of all time. However if he is able to secure an eighth title at the Olympia this year, he will silence many of the remaining doubters to this claim. It is one of the biggest selling points to this year’s event, and it makes for a ton of excitement headed into the big show.

With such an intriguing story to tell, it only makes sense that a documentary would be made to follow the journey of Phil Heath. However what came as a surprise was when it was recently reported that Dwayne Johnson and Dany Garcia would be creating this documentary, through their production company Seven Bucks Productions, with writer and director Brett Harvey at the helm. Garcia and Johnson each issued statements on why they chose to do this film, and what makes Phil Heath so special.

“As a fellow bodybuilder, I am endlessly in awe of Phil’s abilities and unprecedented career,” said Garcia. “Not only is his physique iconic but his work ethic, mental persistence and relentless commitment are simply unmatched in the sport. I am excited to be collaborating with Phil, alongside our partners, to tell his story with conviction as well as to bring an authentic glimpse into his world as he cements his legacy.”

Said Johnson: “Phil is one of the greatest bodybuilders of all time and when it’s all said and done, he could become the greatest to ever step on stage. For good reasons, his nickname is ‘The Gift’ and his bodybuilding surname is The Dream Killer’. This is going to be fun to produce. I can’t wait.”

In addition to that, Heath also commented on this massive affair. Although documentaries about bodybuilders, or even Phil Heath, are not an uncommon thing, this is still a huge deal. He explained that he is excited to give fans this intimate look into his journey to the stage this December.

“I’m thrilled to partner with Brett Harvey and the Seven Bucks Productions team whose creative minds and trust make them the ideal partners to finally share my story with the world,” Heath said. “I look forward to offering unprecedented access as I compete in yet another Mr. Olympia and using this opportunity for self-expression and honesty to allow my fans around the world to finally understand who I really am.”

This is an incredibly big deal, considering the reach that Dwayne Johnson and Dany Garcia have in the world of entertainment. Not only will this documentary share how much Phil Heath had worked to overcome things like the global pandemic, in order to make it to the stage, but it will also have the potential to put a ton of new eyes on the sport. If Heath is successful in capturing this year’s Olympia title, and the whole process is documented, it will forever go down in history.