Phil Heath Puts His Best Chicken Wing Recipe To Test Against Shaq, Snoop Dogg, And Others 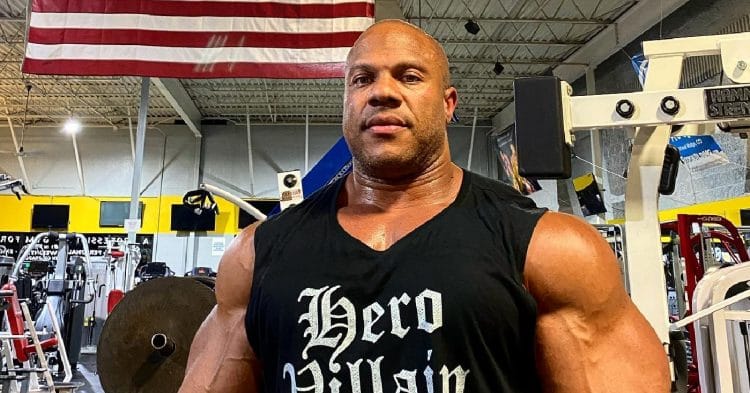 Over the years, Phil Heath has tested the waters in all kinds of pursuits. However he recently put his chef’s hat on to cultivate a tasty chicken wing recipe, for a competition.

It has been some time since we have seen Heath compete as a bodybuilder. As more and more time passes since the 2018 Mr. Olympia, which was his last appearance, the concern grows that we have seen him compete for the last time. However as he explained in a recent interview, he is still not ruling out a return to competition.

“Bodybuilding is in my DNA,” Heath said. “That has not changed one bit. I’ll always have that in my blood.”

As good as that is to hear, this was not the main purpose of Phil Heath doing this interview. He was actually there to discuss a contest that he is participating in, Off The Menu’s Wing Showdown, presented by UberEats. He, alongside ten other celebrities designed their own individual chicken wing recipes, pitting them against each other. You can vote for Heath’s “Mr. Olympia’s Cheat Meal Wings” after ordering them through UberEats, and you are will automatically be entered to win some prizes.

“I love food, but most importantly food brings people together,” Heath says in explaining why he decided to participate in the showdown. “And with everything going on right now in the world, I thought maybe we could bring some happier times with food.”

Unfortunately the ability to order these wings from Phil Heath are limited to select areas. However even if you are not able to get them delivered to your door, you can make them yourself. He shared the recipe for his tasty wings, so you can give them a try.

Will you be giving this recipe from Phil Heath a try?

The Strength Training Mistakes You Need to Stop Making NOW!