William Bonac Shares Some Recent Training Footage, Showing His Preparation For The Olympia 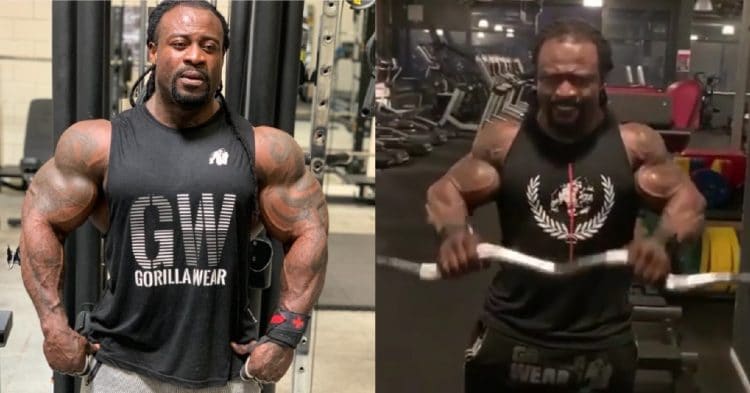 As the 2020 Mr. Olympia draws closer, the world’s top bodybuilders are beginning to pick up the pace of their training. In the case of William Bonac, that has led to some pretty intense sessions.

Bonac has long been considered one of the most talented bodybuilders out there, but he has yet to fully bring that to life on the Olympia stage. He has a few wins at the Arnold Classic, including at this most recent event. However at the big show he has always come up just a little short, with his best performance being in 2019, when he came second to Brandon Curry.

It would seem that William Bonac is intent on changing things this year, and has been working hard in the gym to prepare for this year’s Olympia. As the event is just over four months away, “The Conqueror” is only just beginning his journey to getting ready for the show. However he showed on Instagram recently that he is already amped to begin his prep, when he was working through a super intense arm and shoulder session.

” If you find a path with no obstacles. It probably doesn’t lead to anywhere.
👑
-Back & Arms on the menu.”

That is some pretty solid work from Bonac, working the reverse curls. Obviously most of his physique is hidden by clothes, but you can see that his arms and shoulders are looking massive and defined already. This is a product of the amount of arm work he has been doing lately, really putting his focus on those muscle groups.

With the 2020 Mr. Olympia taking place from December 16th-20th, there is still plenty of time for William Bonac to put together all the pieces of his package. However the fact that he is already working this hard suggests that he is pumped up for this big opportunity. It really seems like he will be coming for gold this year.