Check out the list of qualified athletes and is the 7x Mr. Olympia champion is coming back this year? 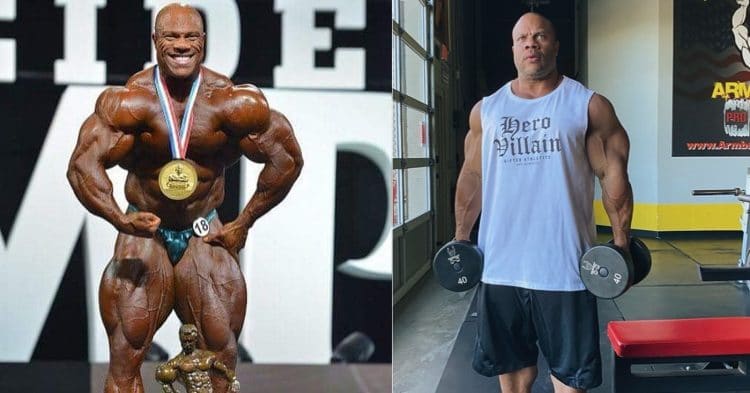 2020 has been a year filled with plenty of uncertainty and disappointments in general. And with the postponement of all major events early on, any news is much appreciated of which most would probably agree.

So recently, the updated list of the 10 qualified competitors for the 2020 Olympia was released on the official website with some obvious changes made since the last update. One, in particular, that would really catch attention from fans is the fact that 7x Mr. Olympia Phil Heath is still on the list along with 9 other athletes.

Heath didn’t compete last year after having lost to Shawn Rhoden in 2018 and one big question was when or if he would return. If he came back and won he’d tie for the most wins ever with eight along with Ronnie Coleman and Lee Haney of course.

It’s not a sure thing at the moment although there’s a good chance he’ll make a comeback seeing what’s at stake. After last year’s Olympia, Heath explained that if the marketing was right he’d definitely consider competing this year. However, with the current health crisis and his other endeavors, well, that’s a lot of stress on him. But we’ll definitely see when the time comes.

Related: Is Phil Heath Competing At The Olympia Or Athleticon? He Answers The Big Question!

Although he did recently call out the defending champ Brandon Curry not to mention, if Kai Greene and Shawn Rhoden decide to compete, it could really be one of the most epic contests in history. Plus, the 7x 212 champ Flex Lewis will be making his Open division debut if all goes as planned.

But another thing to keep in mind is that at the moment, there are some travel restrictions and so not all of the qualified athletes may be able to compete. So although the Olympia is still scheduled to take place, you could say things are still looking a little grim.

10 athletes who qualified for the 2020 Olympia…

William Bonac, Hadi Choopan, and Roelly Winklaar are questionable of the already qualified competitors right now since they don’t live in the U.S.

Bonac placed second last year behind Curry while Choopan finished third. Winklaar also had his best year in 2018 when he placed third behind Heath. And it would be really unfortunate to not have them compete due to the current situation.

On top of that, you have several other big-name competitors who could potentially qualify on points in upcoming international competition. However, they could be affected too, of course. Big Ramy, for instance, has a massive fanbase and was the runner-up to Phil Heath in 2017. And although he had a disappointing finish in 2018 before choosing to sit our last year, his return is highly anticipated.

Lukas Osladil is also a top ten Olympia finisher and it’s going to be really interesting to see how things play out moving forward because this is also the case for other divisions as you probably guessed.

The Olympia is scheduled for December and will take place at Planet Hollywood in the Las Vegas Strip. Therefore, athletes have additional time to prepare which could definitely be to their advantage. The Tampa Pro in Florida is also still scheduled to take place at the end of July despite the state’s rising COVID-19 situation but let’s just hope for the best despite such a tough situation.