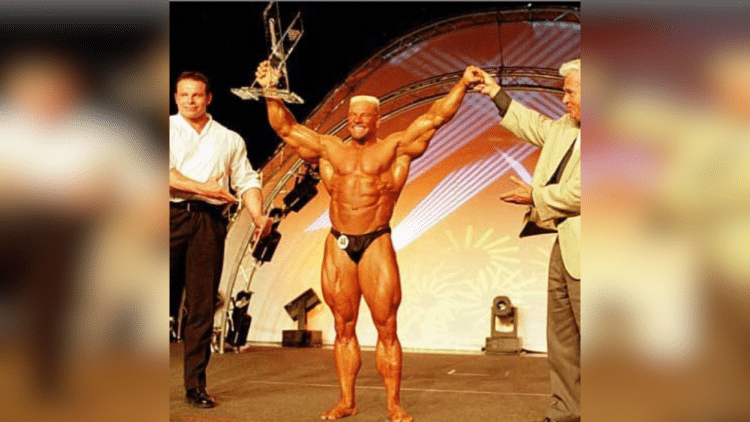 Yet another round of tragic news has struck the bodybuilding community this morning. German bodybuilding veteran and coach Pit Trenz has tragically lost his life.

Trenz had been struggling with health issues for some time now, even spending time in the hospital earlier this year. He had, at the time, been dealing with issues related to his heart condition. He was prescribed medicine that did not react well with his body, which led to organ failure.

In October, things began to go downhill for Pit Trenz. He was admitted to a clinic in Greece, with his health conditioning worsening. Subsequently, he would be moved to a hospital in Germany, when the doctors in Greece were unable to find out what was going on. While there, on October 25th, it was discovered that he was dealing with pneumonia.

As it turns out, this would be the beginning of the end for Trenz. There was already little hope that he would be able to survive this situation, considering his prior health concerns. However, that doubt compounded when his lungs would collapse as a result of pneumonia. He spends the next several days sleeping in the hospital, before tragically passing away late on November 3rd, 2019.

This news was confirmed by the wife of Pit Trenz, through his Instagram:

“My husband, my heart, the best person I have ever met … is in heaven tonight.

We always managed everything together and could rely on each other blindly.
We did not win this heavy fight over 4 long weeks.

Pit was a fighter and did a lot of the impossible. But like here he has never fought. He gave everything to the utmost. I’m so proud of him!

My husband was a great coach, too often exploited.
But he was a much better man. Everything I never dared dream.

We were never afraid to die, only to lose ourselves.
Pit always said we are human.
I do not know how it should go only one more day.
I’ll keep going – just for pit. It was his express wish to go through what we had in mind.”

These are some heartbreaking words from Pit’s wife.

On the other hand, she is not the only one mourning the passing of Trenz. As a legend of the sport, his presence was felt by many, who cared about the 53-year old. He had competed throughout the world, as well as coaching the likes of Dennis Wolf, and Markus Ruhl. Therefore, this loss has affected many who knew him.

“My friend and former coach Peter Trenz died far too young. Our thoughts are with his family and his wife. You will always be remembered.”

“All anxiety did not help! As his wife confirmed, @pit_trenz lost his fight against death yesterday.

We will never forget Pit and thank him for all the nice and funny moments together.

Above all, we wish all family and friends a lot of strength in this difficult time!”

It seems that the bodybuilding world keeps getting hit by many deaths lately. From the loss of Franco Columbu to the now tragic death of Trenz, 2019 has been a hard year. Certainly, this is one of the most saddening incidents that has happened in recent memory.

FitnessVolt would like to send its condolences to the friends and family of Pit Trenz. Furthermore, he had an impact in this world that will be felt long after he is gone.

How To Build Your Best Back Ever With Pendlay Rows