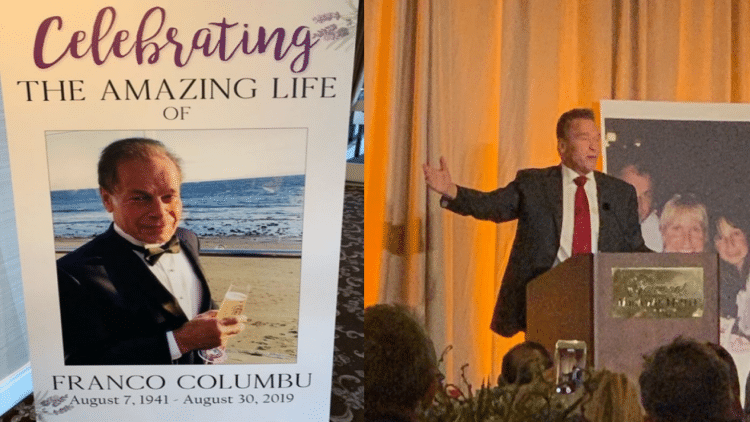 It has been a little over a month since the tragic passing of Franco Columbu. Friends and family recently gathered for a Celebration of Life Memorial ceremony, for the fallen bodybuilder.

The bodybuilding world was shocked and heartbroken to learn of the terrible loss of one of its greatest figures. Columbu was 78 years old when he suffered an accident while swimming. As a result, he would lose his life on August 30, 2019.

Franco Columbu was remembered fondly by many, for his contributions to the world of fitness. However, perhaps none will remember him quite as fondly as his close friend and training partner Arnold Schwarzenegger. The two were best friends for half a century, and Schwarzenegger was terribly heartbroken by the news.

While there was already a funeral service for Columbu, over the weekend a Celebration of Life Ceremony was held. Close friends and family members gathered, not so much to mourn, but to remember the life of this great man. Many massive figures, such as the aforementioned Schwarzenegger, as well as 2019 Mr. Olympia Brandon Curry,  attended the ceremony.

Some photos and videos were taken off the beautiful ceremony.

The beautiful memorial took place at the St. Martin of Tours Church in Los Angeles, California. While it was clear that this was a sad occasion, it was largely a heartwarming experience. Arnold took the stage to talk about some of the many good times he shared with Franco Columbu over the years. Additionally, bodybuilders like Kai Greene and Shawn Rhoden came to pay respects to the man who likely influenced their career,

It is pretty clear by the outpouring of support just how beloved Franco Columbu was. He not only had influences as a bodybuilder but also as a chiropractor later on in life. He touched the lives of many people, and his presence in this world will certainly be missed.