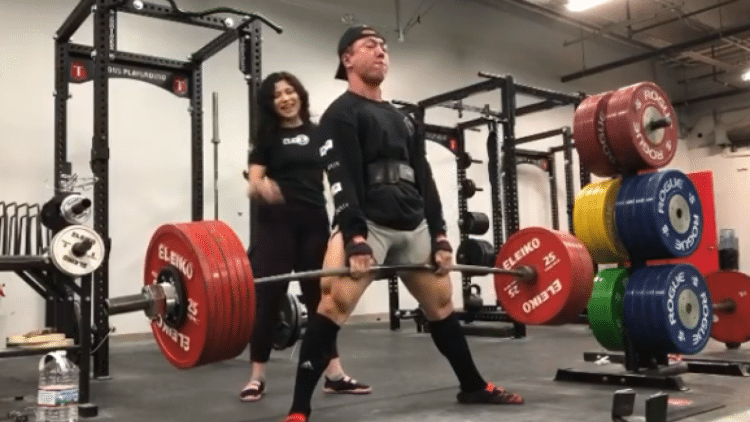 Richard Cho was not able to win first place at the 2019 RAW Nationals. However he is using that to fuel his training, as evident in a recent video.

Cho is an incredible powerlifting prospect, currently competing as a junior in the -74kg division. He has been making a name for himself, for his impressive lifts, and desire to achieve greatness. Therefore, he is one of the most looked at juniors competing today.

Richard Cho took that buzz with him into the 2019 RAW Nationals. It was here, that he managed to score second place in -74kg, and third in the Open. While this was not necessarily the result he was looking for, he was still able to become the youngest person to reach the top seven in the competition. Therefore, he was still able to earn a ton of respect for his efforts, even without the first place win.

However, it seems that Cho took that minor setback pretty seriously. In a recent post to his Instagram, he shows himself back in the gym, looking to lift heavy. This was something he managed to do, as he turned in a massive 330kg/728.5lb deadlift, which is more than four times his bodyweight!

A post shared by Richard “The Villain” Cho 🇰🇷 (@pugthegoat)

To put it into context, this lift unofficially beats the -74kg IPF Open Classic deadlift world record, by a massive 8kg. Moreover, Cho outlifted his performance at the RAW Nationals, which was already the biggest deadlift in his division. Additionally, the ease with which he is able to hit this lift shows that this is only the beginning. Lifting more than four times your own bodyweight is an unbelievable task for anybody.

Despite the fact that he did not get the results he was looking for at the RAW Nationals, it is clear that Richard Cho is someone to watch. As he is still only a junior, it will be interesting to see how he develops over the next few years. Although it seems likely that we are looking at a future powerlifting champion in the making.