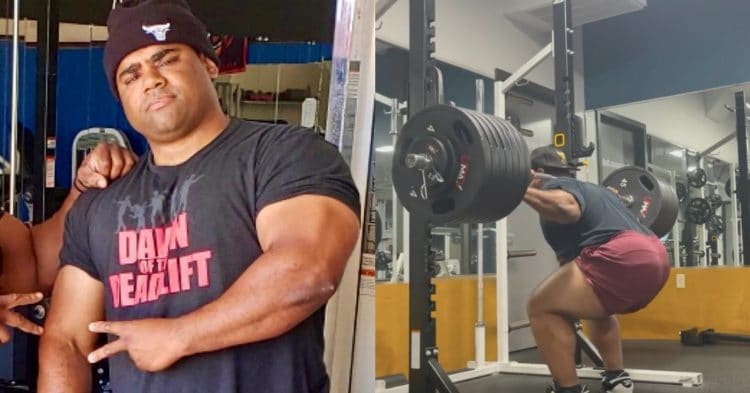 It has already been a pretty big year for powerlifter Chris Craft, in terms of his powerlifting endeavors. However he recently found himself on everyone’s radar in a big way after a massive squat set in the gym.

Craft is altogether not the most experienced powerlifter, as far as competing goes. Having competed for the first time at age 30, he has only been in five total contests in the six years since then, with two of those being bench-only events in 2021.

That being said, Chris proved that he was more than just a bench presser, with a recent post to his Instagram. Here he can be seen squatting a staggering 700lb (317.5kg) in a training session, not just for one rep, but for a huge raw double.

“I got another one,” he proclaimed, after feeling how easy the first rep went.

The ease with which Chris Craft is able to move that weight is hard to comprehend, especially given the massive pause he took in between each rep. Add to that the fact that he did this raw, with no lifting belt or even knee sleeves, and you’re looking at a super surprising performance.

There is a lot more to Chris than just muscle though, as he is also a personal trainer under the brand Respect the Depth, which makes his pension for squats all the more understandable. On top of that, he graduated from bachelor’s degree in communications from Northern Illinois University and a master’s degree in media management from Columbia College Chicago, with a 3.8 GPA.

It is clear though, that between being a trainer and furthering his education, Craft has still found the time to focus on his own fitness, and improve his strength. This is done through a ton of repetitions in the gym, such as the 680lb squat he did for 4 reps, a few days after that crazy double.

With his last two powerlifting meets being bench-only events, it will be interesting to see Chris Craft get back to doing squats in competition, just to see where his limit really is. It is unclear if he plans on doing that anytime soon, but with how much he has been working on his squats lately, it seems like it will be sooner, rather than later.

Either way, rest assured that we are going to be paying close attention to whenever his next appearance is, especially after these performances.