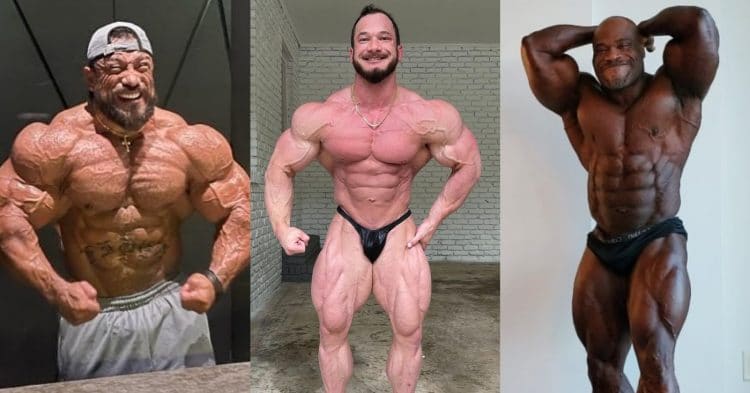 The 2021 Chicago Pro goes down Saturday, July 24th, at the Grand Hyatt Atlanta Buckhead, in Atlanta, Georgia. This is a guide on how to watch the contest, the prize money, and which athletes you should keep an eye on.

This year marks the tenth anniversary of the Chicago Pro, even though the event is actually taking place in Georgia. It will feature one of the better lineups of the year, with athletes vying for their shot at getting an invitation to the 2021 Mr. Olympia.

With this being such a big show, fans will want to catch the action live, and know what to look out for as the bodybuilders take the stage. Luckily we have you covered, with a breakdown of the contest, and how you can keep track of all the action as it goes down.

How To Watch The 2021 Chicago Pro (Live Stream)

The 2021 Chicago Pro will be going down in Atlanta, Georgia, but if you are not able to make that journey, fear not. There will be a pay-per-view live stream that fans can use to pay for and watch the action as it unfolds.

If you are interested in seeing who wins this contest, you can go to the Wings of Strength website, or through Muscle & Fitness. The stream costs $39.99 and covers the contests taking place on both days of the event.

Initially, it seemed that the 2021 Chicago Pro was going to be all about Hunter Labrada, with him being the biggest name to appear on the roster. However that all changed when it was revealed that Roelly Winklaar would be making an appearance here, with the announcement coming just a few days before the show.

That said, there is a lot more to this event than just these two men, and in the end, it could be a much closer contest than many expect. With that in mind, we take a look at the top 7 athletes in the to keep an eye on, during this contest.

Hunter Labrada is going into the Chicago Pro on the back of an 8th place performance at his debut in the Olympia, where he was invited after winning the 2020 Tampa Pro. As one of the few on the Men’s Open roster to have an IFBB Pro contest win on his resume, he is clearly a favorite to place high at this show.

Hunter has spent his offseason doing a lot of work to improve his physique, in an attempt to bring up the weak areas that cost him a higher placing last year. With his father, the legendary Lee Labrada in his corner, it will be interesting to see how he looks on stage, but he has the shape, separation, and conditioning to provide a lot of issues to his fellow competitors.

Competing for the first time since 2019, Roelly Winklaar will step on stage after a battle with COVID-19 forced him out of the 2020 Olympia. He was something of a surprise addition, revealing that he was competing with only about a week to go until the show.

That said, it is clear that he has been preparing for this show for several weeks before making the decision to pull the trigger. He has always had one of the freakiest physiques in the sport, and if he is on point, he will be tough to beat.

Our third Olympia veteran to compete at the 2021 Chicago Pro, Maxx Charles is a longtime competitor in the sport. This will be his first event of the year though, after coming in 13th place at last year’s Olympia.

Maxx always has a balanced physique, and it will be interesting to see what kind of package he is able to bring to the contest. He came in third place at last year’s Chicago, and he is extremely focused on improving upon that this weekend.

It has been a big year so far for Mohamed Shabaan, who comes into the Chicago Pro on the back of two second place showings at the Puerto Rico Pro and Cali Pro. He is looking to break that streak of being the runner-up, or at a bare minimum score enough points to qualify for the Olympia that way.

The improvements that Shabaan has made over the last few months is hard to overstate, with improved size and conditioning. He will have some of the biggest legs on stage, and if he can put it all together he will be a tough man to beat.

It has been a busy 2021 for Hassan Mostafa, as the Chicago Pro will his fourth contest of the year. He is looking to break his streak of third place scores, handed out at the Cali Pro, NY Pro, and Puerto Rico Pro.

There are a lot of good things about Hassan’s physique, with solid separation and conditioning at every showing. Time will tell if he can figure out how to put it all together this weekend, but even if he does not win, a strong placing here will leave him pretty high in the point standings for the 2021 Olympia.

A bit of a dark horse entry for the 2021 Chicago Pro, Brett Wilkin will be making his Open debut after having a handful of competitions in the 212 Division and Classic Physique. He has been working on building up his physique, and with this being his first show since 2019, there is a lot of anticipation to see it come to bare.

Truthfully, there are a lot of unknowns with how Brett will look, given the time off and the fact that he is making a debut in a new division. That said, if the work he has been doing is any indication, he could be a serious threat in this contest.

The 2021 Chicago Pro will be handing out a lot more than just 12 invites to the Olympia. It will also be subject to a total of $62,000 in prize money, shared throughout the top three in each division, and top five in Men’s and Women’s Bodybuilding.

Below is a full breakdown of the prize money for this massive contest:

Stay tuned to Fitness Volt for updates and coverage of the 2021 Chicago Pro. This is an exciting contest, and it will be interesting to watch it all unfold.