Powerlifter David Ricks had an impressive performance recently, squatting 500lb for a crazy 10 reps, despite being 61 years old 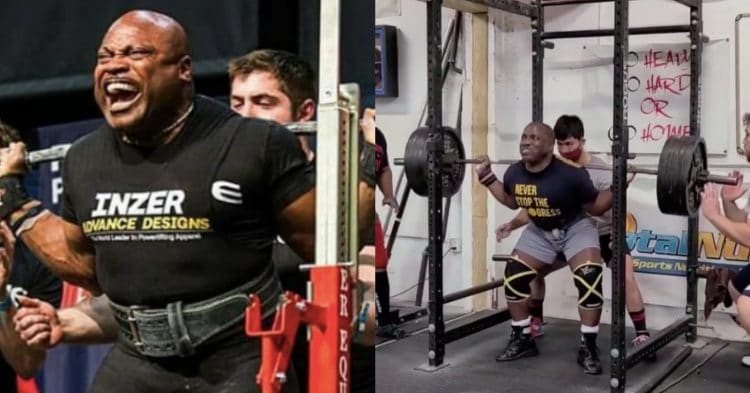 Once you fully commit yourself to powerlifting, you will never want to quit. This was proven in a big way by David Ricks recently, who had an insane performance recently, despite being 61 years old.

With three decades of competitions under his belt, the only way to describe Ricks is as a legend. He has done it all in his time on the platform, winning numerous regional and world championships.

Widely regarded as the best natural powerlifter of all time, David has long been one of the strongest men on earth. Most of his work was done in drug tested shows, but he still put on performances worthy of note.

However what has been most impressive about his career, is his insane longevity. All the way into his sixties, David Ricks has been consistently performing at a high level, even breaking open powerlifting records.

Even at 61 years old, and in his 40th year powerlifting, he is not showing any signs of slowing down. This was on full display with a recent post to his Instagram, that saw him squatting 500lb for a jaw dropping ten reps.

“New training block. This is the 40th year of USAPL and this is my 40th year along this Powerlifting Journey.

Not sure what I had in my tank but the gym was busy with younger folks getting ready for the next weekend meet at Boynton Barbell Center. I felt a little motivated.

That was an incredible performance from Ricks, who is always impressive to watch. It has been creeping up on a year since his last official competition, but he is still staying busy.

Just a few months ago, he took part in the Lift Together Charity event. While he did not do 10 reps of 500lb, he was seen squatting an arguably more impressive 705lb triple during the event.

The way that David Ricks has been able to stay so strong and healthy, even at this point in life, defies all logic. He never ceases to amaze, and each time he steps on the platform he always surpasses expectation.

If you do not look at the way David can still have elite-level power, and feel motivated to hit the weights yourself, then nothing will pump you up. He is a true legend of the sport, and an inspiration to us all.