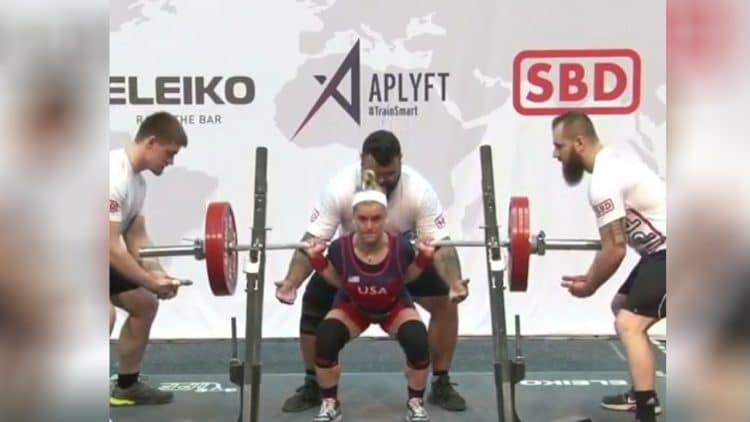 Both women were pitted against each other for three events (Squat, bench press, and deadlift) and the outcome was very close, but there had to be a winner.

Here’s how it went down…

To start off the epic event, Htee hit a 165kg opener squat, followed by a second successful 172.5kg lift. But, she got a red light during her third attempt of 175.5kg, which was waved off due to an incomplete rep.

But when it came to Scanlon’s squat attempts, she hit 175kg after getting a red light on her first attempt. Then, she set an Open World record with 178kg in the weight class.

The deadlift was the turning point in the competition where Htee came out on top, bringing her to a higher total (472.5kg total) than Scanlon (471kg total) and an Open World record. Htee pulled 180kg successfully after a 170kg deadlift by Scanlon. The second attempts lead to Scanlon gaining back some ground after a failed 190kg pull from Htee.

But… on the last lift, Htee pulled through (Pun intended) to complete a 197.5kg, while Scanlon failed on her third attempt of 180kg.

This battle between two elite powerlifters was awesome and it came down to the deadlift where Maria Htee dominated, allowing her to take the lead after two events trailing Scanlon by 18.5kg. The IPF Powerlifting championships started off well and there are several events to come.

The last time we have the privilege of talking about elite 57kg powerlifter Maria Htee was back in June when...

Meghan Scanlon is only 57kg/125 lbs and squatting 175kg/384lbs for repetitions. This is very impressive and she'll only get better...