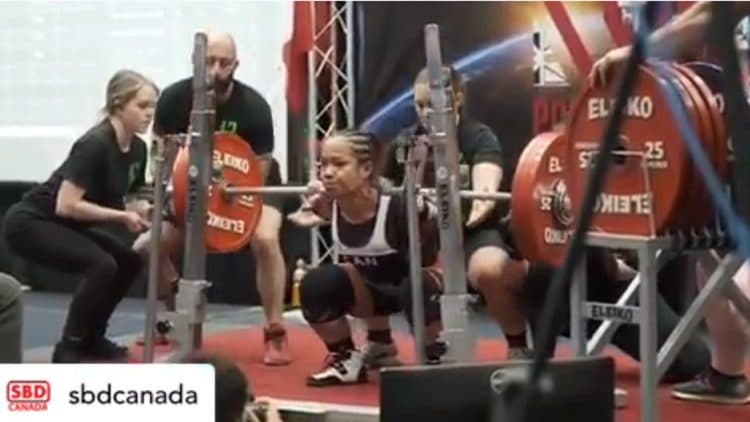 The last time we have the privilege of talking about elite 57kg powerlifter Maria Htee was back in June when she went head to head with Meghan Scanlon at the IPF World Classic Powerlifting Championships. And her performances on the big three lifts were impressive as expected which earned her an Open world record performance (472.5kg total).

But fast forward to the Commonwealth Powerlifting Championships and Htee set a world record in the squat and total with a 178.5kg squat and 473.5kg total which isn’t far off from her June performance. And by the same token, she surpassed Meghan Scanlon’s record squat of 178kg. Her lifts from this past competition were … 178.5kg squat, a 97.5kg bench, 197.5kg deadlift, and a 473.5kg total.

Htee had a minor injury which prevented her from completing her third bench press attempt but she had a great performance nonetheless.

Maria Htee is an exciting competitor and we could all agree that we’re looking forward to what she brings to her next powerlifting meet. Htee will no doubt continue to improve and be a force to be reckoned with in the 57kg category.

The 57kg powerlifters Maria Htee (Canada) and Meghan Scanlon (USA) put on quite the show and it's a must see... ...