More sad news in the bodybuilding community with the death of Andy Haman. 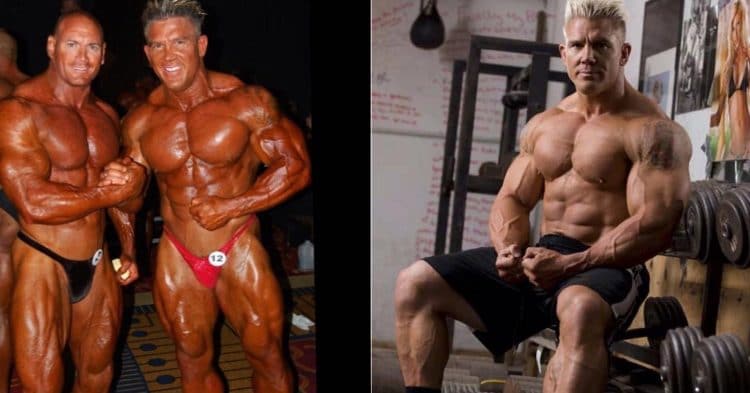 We’re very saddened to report the passing of professional bodybuilder and actor Andy Haman who was 55 years old. He died on Saturday, March 20, 2021, and we’ve not learned any information regarding the cause of his death at the time of this writing.

Although, the news of his death was first shared by his son Samuel Haman on Facebook.

“RIP: Anthony Joesph Haman/Dad/Mr.Incredible
We love you so much and you will be in our thoughts forever! No one was as strong, kind, silly, goofball wonderful person as you. Don’t worry about mom and the girls I’ll take care of them, just the way you did and taught me.”

Haman was born in Iowa City, Iowa on August 16, 1966. He was multi-talented, having competed on the wrestling team at the University of Iowa where he graduated with a Bachelor of Science degree in health.

RIP: Anthony Joesph Haman/Dad/Mr.IncredibleWe love you so much and you will be in our thoughts forever! No one was as…

But Haman would eventually discover his passion for bodybuilding, although, after winning the 1987 Midwest Natural Championships, his focus shifted to teaching, leaving behind the sport. He taught physical education and health at Thomas B. Doherty high school in Colorado Springs, Colorado.

However, he decided to leave teaching and make a comeback to the bodybuilding stage in 2004.

In 2006, he won the National Physique Committee (NPC) Colorado State Championship competing in the superheavyweight class. After a few disappointing placings at subsequent shows, he ended up winning the 2007 NPC Masters Bodybuilding National Championships (superheavyweight and overall) where he earned his IFBB Pro card.

Haman also landed a role in the 2017 film Jurassic Dead and starred in the Generation Iron mini digital series – Incredible Andy. He also earned a name for himself as a bodybuilding and fitness figure featured in YouTube videos.

I don't know where to begin….I'm hurting right now, im so lost for words, my dear friend Andy Haman passed away he was…

Heaven has another angel in heaven, our very dear friend, Andy Haman @andyhaman ♥️ My heart and prayers are with…

It is with sadness that I say goodbye to Andy Haman. He was a bigger than life personality in the bodybuilding and fitness world, a devoted family man, a mountain of mass, and an even greater mountain of class. My heart goes out to all who knew and loved him. #ifbbpro pic.twitter.com/8fMdmsbLOS

We’d like to extend our deepest and most sincere condolences to the family and friends of Andy Haman.