Quinton Eriya will attempt to punch his ticket to 2022 Mr. Olympia with a win at 2021 Toronto Pro 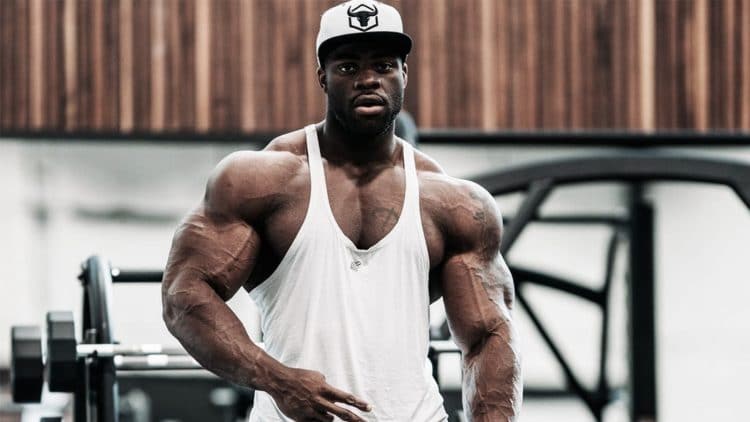 Canadian bodybuilder Quinton Eriya has his eyes set on winning the gold medal at the 2021 Toronto Pro. The event is scheduled to take place on December 5th, 2021 in Toronto, Ontario, Canada. A highly touted prospect competing in the open division, Quinton Eriya made his pro debut with a 6th place finish at the 2019 Toronto Pro. He has since competed in the 2019 Vancouver Pro, 2020 New York Pro, and 2021 Romania Muscle Fest Pro and finished in the top ten in each one of his appearances.

In a recent interview with Ron Harris of Muscular Development Magazine, Quinton Eriya stated that his goal is to win the 2021 Toronto Pro. However, the 26-year-old is prepared for any scenario and added that he will enter the competition with solid improvements in his physique as well as posing presentation.

“Yeah, my goal is to win. Of course, I’m respectful to all my competitors, I don’t overlook anybody. I know a couple of guys doing the show. But regardless, I’m coming to win like I was going to Romania to win. It didn’t happen like that but I’m happy with where I was placed. However, we’re coming into Toronto better with some improvements. We polished up the posing presentation. So it’s gonna be a good time, man. It’s going to be a good time,” Quinton Eriya said.

Quinton Eriya last competed at the 2021 Romania Muscle Fest Pro that took place on November 13th-14th and finished 5th in the men’s open division. This was his first competitive appearance since the 2020 New York Pro. The 14-month long absence from the competition was not voluntary. Eriya revealed that he underwent surgery to treat Gynecomastia in 2020 and it pretty much governed his schedule in the year that followed.

“I had a surgery for gyno last year and the way that the recovery took place, I just needed a little bit of time before I got back into my off-season. So I wanted to give myself enough time to make solid improvements. So, I knew that if I wanted to compete this year, it will have to be towards the latter half,” Quinton Eriya stated.

The dates for the 2021 Toronto pro underwent many changes due to the Covid-19 situation in Canada. For this reason, Quinton Eriya was more focused on the Romania Muscle Fest Pro and Big Man Weekend Pro Spain. However, Eriya prioritized Toronto and chose the Toronto Pro over Spain.

“Obviously, you know… It’s a hometown so I don’t got to travel 22 hours or whatever. Spain was two weeks after Romania and with travelling essentially I get back home from Romania, train for like five days then take off and go to Spain. As opposed to Toronto, I actually have time to train and improve. So, me and my coaches felt like this was the best decision for us to bring the best possible package to the stage,” Quinton Eriya said.

IFBB Toronto Pro Supershow is the biggest bodybuilding competition in Canada. The event was canceled in 2020 due to Covid-19 imposed restrictions. In the 2021 Toronto Pro, Athletes in the Men’s Open, Men’s 212, Classic Men’s Physique, Men’s Physique, and Women’s Bodybuilding divisions will do their best to impress the judges and emerge victoriously to punch their ticket to Mr. Olympia 2022. Quinton Eriya will attempt to make his case for the biggest stage in the world of bodybuilding. Apart from Quinton Eriya, Joseph Seeman is the only other bodybuilder on the 2021 roster who also competed in 2019.

Arnold Schwarzenegger Shares Heartfelt Tribute For The Late Dave Draper: “He Was One of My Idols”