Quinton Eriya Has The Genetics To Be A Future Mr. Olympia Threat 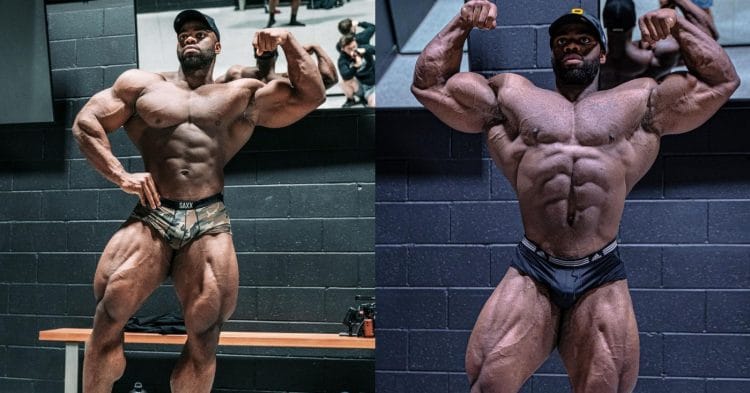 Canadian bodybuilder Quinton Eriya is set to return for his first bodybuilding contest in more than a year. Ahead of this event, he is looking like he has the potential to be a future star in the sport.

Eriya is just about three years into his bodybuilding career, having just three competitions under his belt so far, with his highest placing being 5th at the 2019 Toronto Pro. However he has a physique that represents what some have called the best genetics the sport has ever seen.

Whether that is true or not is up to interpretation, but one thing that is clear is that he is extremely aesthetic, and has been working to add mass to his impressive frame. He is set to return to action this weekend, for the first time in 2021, at the Romania Muscle Fest Pro, and the updates that he has been posting to his Instagram paint a picture of a severely improved physique.

Quinton Eriya Is The Future

One of the biggest takeaways from the 2021 Mr. Olympia, was the fact that the new generation of bodybuilders is beginning to make itself known. By all indications, Quinton Eriya is going to be one of the more impressive members of that group.

With competitors like Nick Walker and Hunter Labrada breaking through the top five at the Olympia, there seems to be a shift in the works. Now it seems that the judges are looking for a mix between the mass monsters like Big Ramy and more aesthetic physiques, which is something that Quinton represents well.

To be clear, being huge is still a relevant factor when it comes to judging, and truthfully Eriya still has some filling out to do if he wants to compete with the best in the world. However he has been making serious strides toward that, and if he can keep up the good work, there is little denying that he could be a future Olympia contender in no time.

As much as he seems to have future contender written all over him, the main objective now is for Quinton Eriya to take on the roster at the 2021 Romania Muscle Fest Pro, this weekend. If he is able to get a win or at least a solid placing, at this event, it will be a step in the right direction for this future star.