At just 22 years, the Latvian Junior and European weightlifting champion announces her retirement from the sport 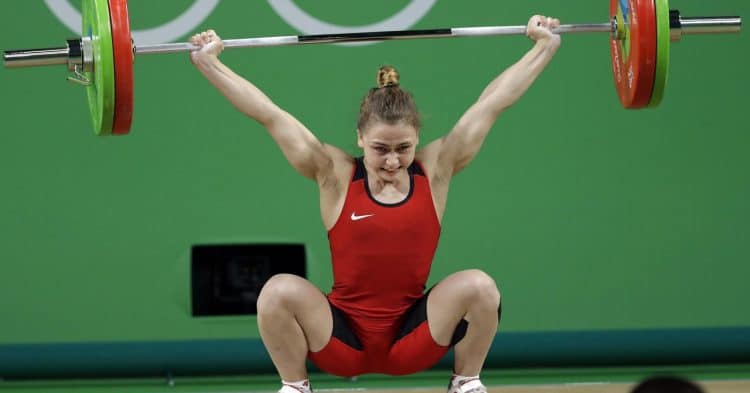 Retirement isn’t just for the 60+ crowd, especially when you’re a multiple-time weightlifting champion. This was surely the case for 22-year-old Rebeka Koha of Latvia who decided to retire recently. She’s a two-time Junior and European champion who competed in the 58kg division before moving to the 59kg category in 2018 due to changes by the International Weightlifting Federation (IWF).

Koha also happens to be a world record holder and also competed in the 2016 Olympics in Rio de Janeiro, Brazil.

Her retirement was announced by Public Broadcasting of Latvia via the Latvian Olympic Committee (LOK) on August 5.

Koha’s coach Viktors Ščerbatihs was also very supportive of the decision and knew that she had been suffering from knee issues. Her other coach Eduards Andruškevičs explained that it could have been due to the 2020 Tokyo Olympics being postponed and not likely due to her recent conversion to the Islamic faith at the end of July.

Chair of Latvian Olympic Association (LOV) Einars Fogelis Tweeted the following about the decision. It’s originally in Latvian but here’s what it reads translated in quotes…

“E.Fogelis, Head of LOV: “Today, during the videoconference, R.Koch announced that she is concluding her career as an athlete. Respecting Rebecca’s choice and saying thank you for your work, we agreed that by 9/1, we will receive a written application for withdrawal from the LOV and suspension of funding.”

Rebeka Koha earned a bronze medal at the 2014 Youth Olympics competing in the 48kg class. She then took bronze at the 2016 European Championships (total) and came in 4th at the Rio Olympics that same year both in the 53kg class.

After the 2016 Olympics in Rio, Koha was named Latvian Rising Star of the Year. She was also named to Forbes Latvia 30 Under 30 list at age 21.

22-years-old may be a bit young to retire in most cases. However, weightlifting can place a lot of stress on the body and it’s definitely not a long-term option for everyone. Rebeka Koha had a very respectable career and there’s no shame in leaving to pursue other endeavors.

Weighted Carries for Strength and Size

Hadi Choopan placed third in his debut at the 2019 Mr. Olympia contest and many believed he could have won...