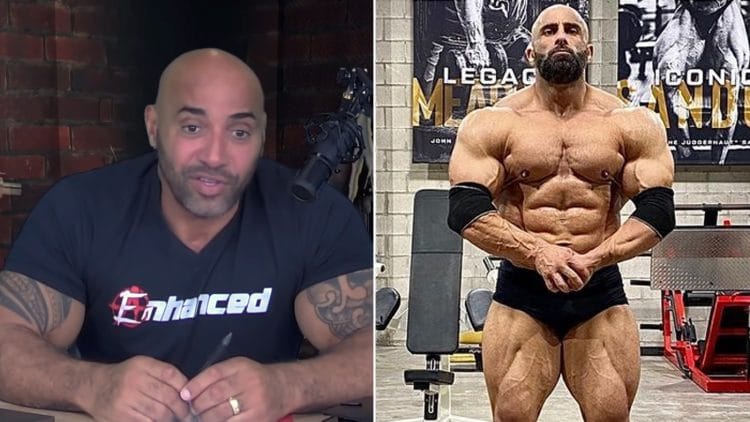 Canadian bodybuilder Fouad Abiad announced his retirement from the sport following the unfortunate passing of two elite bodybuilders. While Abiad is stepping away from competition in one capacity, the 4x Arnold Classic qualifier will potentially take part in the booth broadcast for the Arnold Classic in 2022.

As the second biggest and most notable bodybuilding competition only to Mr. Olympia, the Arnold Classic is one of the crown jewels of the sport. It appears the tragic and untimely passing of George ‘Da Bull’ Peterson and former Mr. Olympia titleholder Shawn Rhoden has pushed Fouad Abiad into retirement.

Speaking on The Menace Podcast, Fouad Abiad is ready to call it a career in light of two unexpected deaths in the industry. Abiad, just three years younger than the late Rhoden, didn’t see the value pushing his body any further.

“George passed away and then Shawn passed away I’m like, you know what am I doing at this point? Abiad exclaimed. You know I’m 43, I’ve nothing to prove. And so I decided we did good work like I’m down to 260 this morning.”

After tearing a tricep recently, Fouad Abiad came to terms with pulling the plug on his career as to not cause any irreparable damage to his body. In addition to downsizing, the decision could prove to be a great move for the 43-year-old in regards to maintaining healthy longevity.

“I just decided, like with everything going on health-wise with people, not to mention I got a blood workup about two weeks ago before I got sick, I got blood work done and I didn’t like the way it looked. Abiad said. It didn’t look very good, it looked a little worse than the last time I did it. You know blood work is all about trends and if the trend is not going horizontal or up then it’s not a good thing. Mine was starting to trend a little bit down, so I’m just gonna focus on being lean and looking good.”

“So I want to do something else, so my goal, and probably the people listening are going to laugh at me, but my goal is to be a blackbelt by the time I’m fifty. Abiad said I don’t know if that’s possible in 7-years. I’m gonna have to get down to like 210lbs, or 200lbs, I just need something to put my mind into or else I’m going to go stir crazy with nothing to focus on.”

Following his decision to step away, Fouad Abiad’s eyes are fixated on a lofty goal: achieving the status of a blackbelt before he turns fifty. With 7-years to go, Abiad has time. Meanwhile, after speaking with bodybuilding coach Dennis James, all signs point to the pair commentating on the 2022 Arnold Classic in Ohio.

“We don’t believe we will be a change that the people are going to you know, they are going to love it because you know, I think it’s going to be, I don’t know. Dennis James told Abiad Fouad. I don’t want to say too much, but I think the chemistry that we have and the way we think about the sport of bodybuilding will be a benefit for a booth broadcast any shows.”

Fouad Abiad remains a reliable voice in the bodybuilding sports community. Despite no longer being a part of active competition, Abiad always has his finger on the pulse when it comes to bodybuilding. In the wake of two tragic deaths in the business, Fouad Abiad is retiring but will more than likely serve on the commentating team for the upcoming Arnold Classic in 2022.