Reg Lewis, a bodybuilding champion and actor, has passed away at 85 years of age 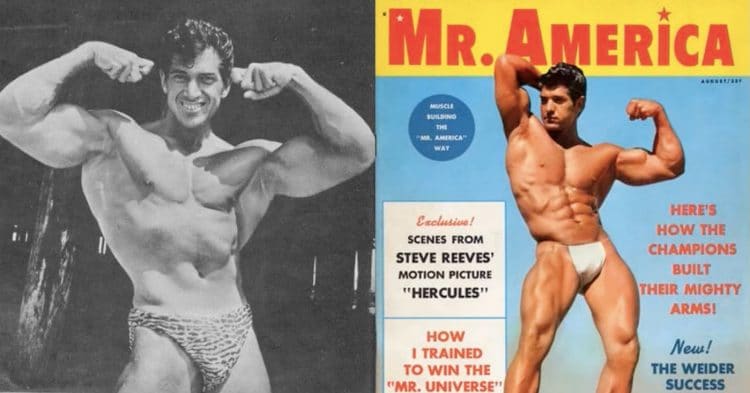 Born in Niles, California in 1936, Lewis was a man of many talents. Of course, the majority of that talent involved bodybuilding, where he spent a large portion of time training and competing.

Over the years, Reg won numerous bodybuilding contests and titles. Most notable among these was the Mr. Universe (Tall), and the Mr. America contest, marking his place among the legends of the golden era of the sport.

However, Reg Lewis was seen on more stages than just bodybuilding ones. He was also a part of Mae West’s beefcake stage act at the same time, joining her crew at age 18 and traveling with her around the country.

Unfortunately, this muscleman icon has sadly died at the age of 85. News of this was confirmed by his sister, who revealed that he had passed away on February 11th, 2021. At this time, no cause of death has been revealed.

The Career Of Reg Lewis

As previously stated, Reg Lewis was a rather successful bodybuilder all things considered. However his competitive career was not as extensive as it could have been, due to his additional duties as a muscleman for Mae West.

In his time working with her, Reg appeared in numerous acts everywhere from Las Vegas, to Hollywood, and more. She was even the one to set him up in a path of acting, after she crowned him Mr. Hercules and set him up with interviews with producers.

Lewis did not have the craziest of acting careers, but he did appear in Mae’s final film, Sextette. In addition to that, Reg appeared in 1962’s Colossus of the Stone Age, as well as 1964’s The Brass Bottle and 1967’s Don’t Make Waves.

Aside from this, Reg appeared in an episode of CBS’ The Red Skelton Hour in 1960. On a lighter note, he also had his turn on the game show You Bet Your Life with his then-wife, where he was asked to show his physique to viewers watching at home and in studio.

On stage, Reg Lewis showed himself to have a phenomenal physique, especially for his era. Off stage, he was a beloved figure and recognizable face, who never quit training until his body could not handle it anymore.

Fitness Volt would like to send our deepest condolences to the friends and family of Reg. He will surely be missed.