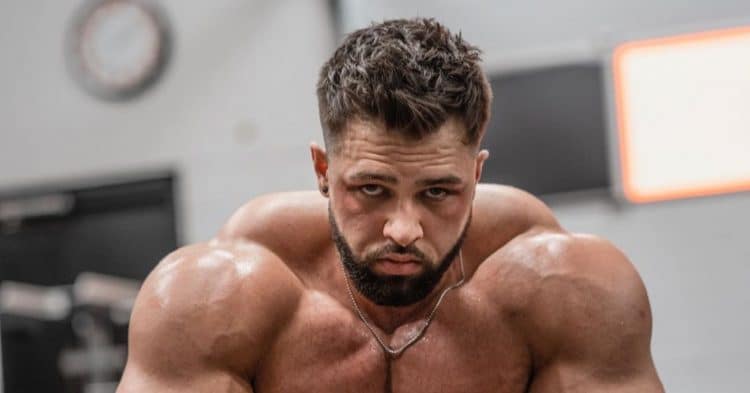 When it was revealed that Regan Grimes landed in fourth place at the Europa Spain show over the weekend, it came as a shock to many. Now the bodybuilding prospect reacts to this disappointing performance, and addresses what is next for him.

Heading into the Europa Spain, Regan Grimes was considered to be one of the favorites to win, or at least land in the top three. With Big Ramy forced out of the contest after testing positive for COVID-19, it seemed like a lock that he would end the show this way. However, to the surprise of many, this would not end up being the case, as he would actually end in the fourth place spot. He was beat out by James Hollingshead, who won the show, as well as Lukas Osladil and Rafael Brandao.

Following the conclusion of the contest, fans were wondering how Regan Grimes was taking this result. Taking to his Instagram, he addressed the setback, seemingly taking it in stride. Furthermore he says that he is working on the next step for himself, promising to keep fans updated on what he will do next.

“Success is not final, failure is not fatal: it is the courage to continue that counts. Regroup and planning my next move! Will keep you all posted on what that will be! 🙂 Huge thanks to everyone who has supported me we aren’t done yet! 🙏🏽”

It is good to see that Grimes is taking this setback with a positive outlook, not making any excuses for what happened. He had been hoping to get an invitation to the 2020 Mr. Olympia with a win here, but with that no longer a possibility, he could be looking to compete again, as a late entry at the Chicago Pro. Perhaps this is what he is hinting at in his social media post.

There were certainly some fair critiques to be made about Regan’s physique, particularly with his hardness. On the other hand, a fair majority of those watching felt that he still had more to offer than Lukas Osladil, who came in second place. Nevertheless Regan seems excited to make a comeback and improve where he lacked this time around.

Whether or not you agree with the judging from the Europa Spain, there is no denying that Regan Grimes still has a lot to offer as an up and coming bodybuilder. It will be interesting to see if he competes at the Chicago Pro, or if he finds another way to make it to the Olympia.