The iconic Richard Drasin who had many talents, passed away after being hospitalized for several weeks with kidney issues and breathing problems. 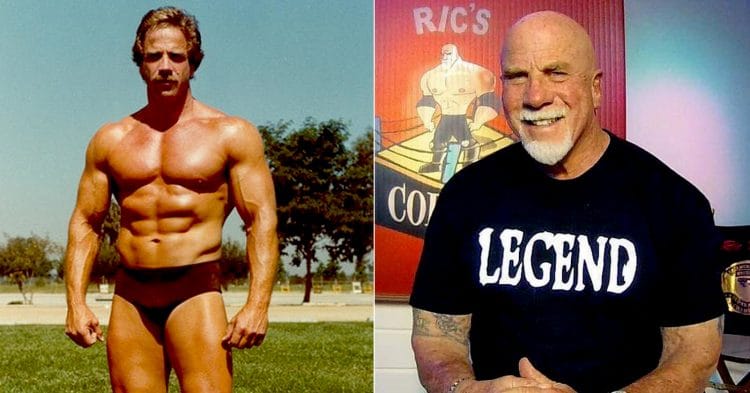 It is with absolute sadness to share the unfortunate news of the death of the legendary Ric Drasin, who was 76 years old. The details of his death have not been confirmed.

Drasin was a successful bodybuilder and wrestler during the Golden Era, in addition to being a trainer, actor, artist, teacher, and author, to name many of his talents and interests. He was rightfully considered an icon for his contributions to the bodybuilding and fitness industry, including designing the original Gold’s Gym logo and the World’s Gym gorilla logo as well. Not to mention, he was beloved by everyone.

A week ago, he shared on Facebook that he was admitted to the hospital, where he had been for two weeks due to kidney and breathing problems. He explained that the tests came back and everything was fine. He was also having knee issues of which he was scheduled for a knee replacement on September 2.

Unfortunately, that day never came as things were apparently much worse than what they seemed to be.

i’m in the hospital for the next couple of weeks I’ve been here for the past two weeks and I had a bit of a kidney problem in a breathing problem however it’s better now I’ve had every test in the world I had every test and now my heart is fine my kidneys fine It’s still hard for me to breathe a little because I lay in bed so much I need to move around but I can’t stand on my legs. Until I get my knee replaced September 2 and then hopefully that will give me stability And the strength to walk and then let’s move forward and think positive.

They have me on a medication to remove all the water out of my body because I’m holding some in my left arm in a little bit in my lungs and little by little it’s going to come out that will help a lot.

“This is Sami, Adam, and Shane. It is with great sadness and a heavy heart that we have to announce the passing of our father. He was everything to us. A father, role model, and friend. Not only was he an inspiration for countless people, but he truly cared for those around him. His life was steered by the desire to uplift and share his positivity. He always found a way to brighten the room with his humor. Ric’s immeasurable presence will be with us all forever.”

This is Sami, Adam, and Shane. It is with great sadness and a heavy heart that we have to announce the passing of our…

Ric Drasin was born on July 12, 1944 in Bakersfield, California.

Drasin was involved with so many different things during his younger years from studying art, to playing in a successful band, earning Sargent rank in the US Army, modeling, acting, and the list goes on.

His fitness career began as a trainer/instructor before he became a bodybuilder during the Golden Era, of which he trained alongside Arnold Schwarzenegger, who was a good friend of his.

He also wrestled professionally for 36 years and was a promoter for the American Wrestling Federation (AWF).

Drasin had a very successful internet show on his YouTube channel called “Ric’s Corner” that was based on his career in bodybuilding and Pro wrestling.

He was also awarded the first Joe Gold Lifetime Achievement Award in 2012, which he received at the World Gym International Convention in Las Vegas, Nevada. The award to recognize his contributions to the fitness industry as a bodybuilder, professional wrestler, actor, and artist.

Ric Drasin had an amazing life and career and was an inspiration to so many people around the world and the people who knew him personally.

The legendary Ric Drasin has passed away at the age of 76. Ric “The Equalizer” Drasin was a true Renaissance Man, a bodybuilder, personal trainer, actor, author, stuntman and a professional wrestler. Our thoughts & prayers go out to his family. #RicDrasin #RIP pic.twitter.com/CpLQjeDPCa

Powerlifter, Strongman Hayden Lee Has Passed Away Due to Cancer At Age 26

The tragic news of Hayden Lee's passing has been shared recently through Instagram posts of his close friends and family...

The bodybuilding community paid their tribute to the late Cedric McMillan. The 44-year-old bodybuilder tragically passed away on April 12th....