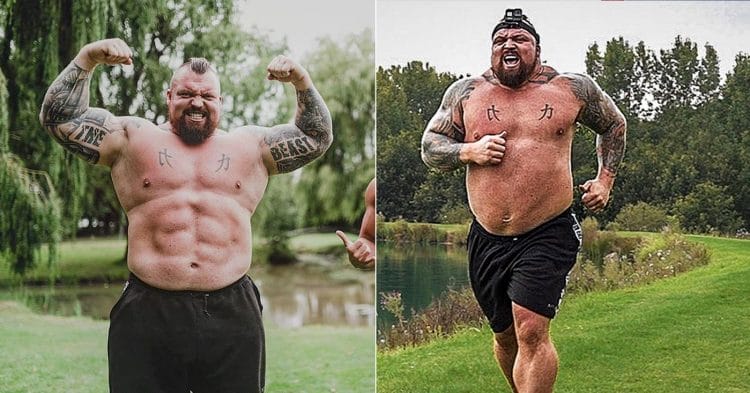 Strongman champion Eddie Hall has always shown some pretty unreal athleticism. Now he put this to the ultimate test with an attempt at the Navy SEAL Physical Fitness Test.

Over the years, Hall has tried a ton of different ways to put his athletic abilities to the test, and it is not just by winning the World’s Strongest Man in 2017. While he is focusing on boxing recently, he has worked alongside powerlifters and bodybuilders, as well as arm wrestlers, trying to see how far his talent can take him. For what it is worth, he has been largely successful in most of these efforts to try new things, showing just how athletic he is.

Most recently, Eddie Hall decided he wanted to see how he would have stacked up if he tried to join the U.S. Navy. A recent video to his YouTube saw the Englishman putting himself through the Navy SEAL Physical Fitness Test, which is used to prepare people for arguably the most physically intense military force in the world. This test consists of doing as many push-ups, sit-ups, and pull-ups as possible in two minutes, topped off with a 1.5 mile run and 500 yard swim for time.

Joining Hall on this grueling test of endurance and strength is Ross Edgley, a fellow British athlete. The pair start off with the push-ups, with Eddie getting 77 and Ross doing 80 in the two minute limit. Both of these numbers surpassed the 50 needed for the actual test.

After this, the pair went to sit ups, with each man getting the required 50 reps for Navy SEAL hopefuls. When it came to pull ups, Eddie Hall hit the bare minimum requirement of 10, while Ross managed to outdo him with 12. Next it is on to the part that Hall was looking forward to the least: the run.

In an effort to ease Eddie’s mind, Edgley told him that he would set a pace for them to complete the 1.5 mile run, in the required 10:30 time. However Ross would end up going too fast, finishing the run more than a minute faster than the expected time. Although Hall would begin to lag, finishing the race at 11:27, this was still a solid effort from someone of his size.

Last up, was the 500-meter swim. Hall has some experience swimming in his youth, while Ross gained fame by swimming around Great Britain, so this was expected to go fairly well for both men. Noting the No Swimming sign before jumping in a pond, Eddie completed the test in less than 10 minutes, and Ross in less than 7, both well under the 12:30 required to pass the test.

With the exception of the run, Eddie Hall actually seems quite fit to be a Navy SEAL, at least by the test’s standards. For what it is worth, almost anyone trying to complete this test seems to struggle a bit with the run times. Considering Eddie last checked in at 365lb, this is not at all a bad showing from the strongman.