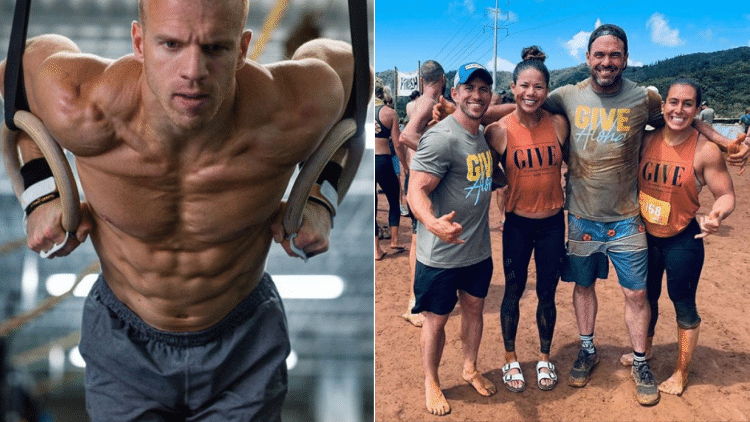 Team Mayhem lost one of its athletes recently, but that is not keeping them down. Rich Froning has announced that Scott Panchik will be stepping up to join the team.

Team Mayhem, led by Rich Froning, has proven itself to be the most successful team in the CrossFit Games. They won in the 2019 competition, to secure their fourth overall win at the Games. Moreover, they thoroughly dominated the competition, winning six events at the competition.

However, just after 2019 CrossFit Games, Dre Strom announced the intent to retire after just one year competing. As a result, fans of Team Mayhem were left wondering who would be the replacement. For a few weeks, Froning hinted at a big surprise for the team, and he definetly delivered.

At the Rogue Iron Games, prior to the reveal of the workout for the 20.1, Rich Froning made the big announcement. Joining Team Mayhem for the 2020 season will be none other than Scott Panchik. Panchik is also an extremely successful athlete, having competed individually for eight years.

This is what Panchik had to say about the announcement:

““I’ve been doing it [individual competition] for eight years and I’m just excited to take on a new venture. I’ve always played team sports growing up and enjoyed that and I know being part of team Mayhem is going to give me that opportunity to keep competing for a long time.”

This announcement came just before the two went head to head for the announcement of the 20.1 workout. In the live stream, Panchik would go on to beat Froning at the workout, with an unofficial score of 9:21 to 9:59. This further cemented the idea that Panchik is a strong addition to the team.

Scott Panchik and Matt Froning are two of the best athletes in all of CrossFit. Now that they are working together, it seems like the reign of dominance from Team Mayhem will continue.

Free Weights vs Machines – What’s Right For You?