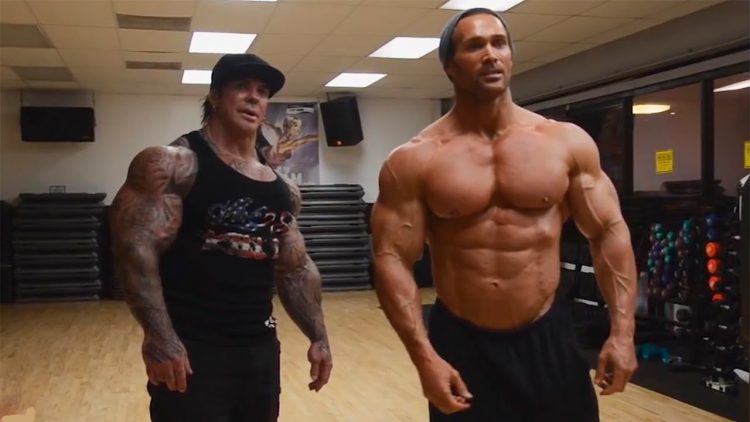 A few weeks ago, the company 5% Nutrition, who runs Rich Piana’s Youtube channel, posted a video where he fired back at Rich Gaspari for comments that the latter made about him in the film Generation Iron 2. Well, this got a lot of backlash from fans and Piana’s mom especially, who wasn’t happy that they shared this video showing Piana in a negative light.

Well, they recently released another unseen/resurfaced video of Rich Piana but this time he was talking about his relationship with the legendary Mike O’Hearn. Piana explained that he knew O’Hearn for over 20 years and that they used to audition and compete against each other.

But then he wanted to address the controversy surrounding O’Hearn’s natty claims. “Honestly, who the f–k cares, what the f–k does it matter,” he said. He used the analogy that it doesn’t matter how a car wins a race and who cares what’s in it as long as it’s the top car.

“Right now he’s making me look like a fucking pussy, he’s f—ing destroying me in every way. But just wait motherf—er because I’m going to work my motherf—ing ass off and do whatever it takes to fucking pass your ass up, and that was my mentality.”

He acknowledged that there are a lot of people who talk bad about O’Hearn and it’s essentially just because they’re jealous that they don’t look like O’Hearn even after taking lots of steroids/drugs.

“Why don’t you become a stronger person, give props where props are due and say man that guy f—ing looks amazing, he looks better than me“. He suggested that people focus on getting better themselves rather than being jealous and bad-mouthing someone.

“Mike O’Hearn has never talked shit about one motherf—ing person as far as I know.”

Piana also gave his opinion on whether he thinks O’Hearn takes steroids or if he thinks he’s natural.

He elaborated on the signs of a steroid user explaining that O’Hearn doesn’t have crazy veins everywhere, isn’t bald, doesn’t show signs of acne, and he has never seen him look bloated before. Regarding how strong O’Hearn is, well, he put it down to the fact that he was a powerlifter at a young age. And as far as his size, Piana mentioned that O’Hearn hasn’t continued to get bigger and bigger. He said that his body only got more refined over the years.

“He hasn’t gotten bigger, he was a fucking monster as a teenager”.

“I definitely believe he could easily 100% be natural, I don’t see any reason why he couldn’t”. He’s not 300 pounds, he’s not some like holy shit that’s unbelievable.” “He just has a perfectly put together amazing physique which is what he chooses.”

Piana praised O’Hearn’s work ethic and consistency over 30 years to attain his physique which no one could deny. He closed by reiterating his previous statements.