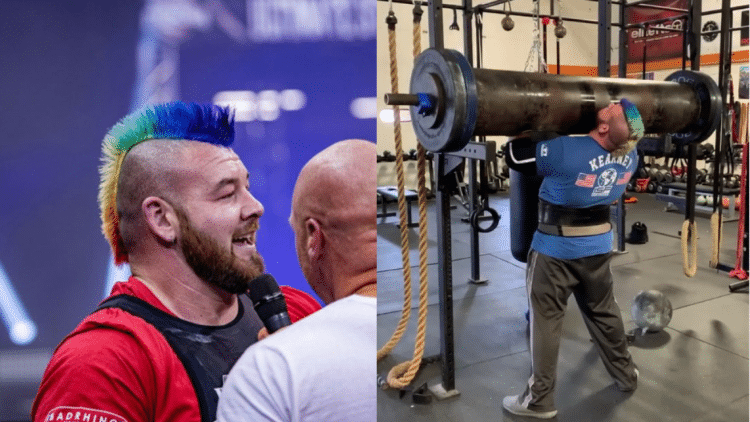 Rob Kearney is looking to compete at the 2020 Arnold Strongman Classic at the beginning of the year. Ahead of the event, he is looking impressive with some recent training footage.

Kearney is the first openly gay strongman competitor in history. However he does not want to define his athletic career, instead looking to be known for his ability. Moreover, he has had some impressive performances, including a win at the 2019 Arnold Pro Strongman Australia. As a result, and at just 27 years old, he has begun to make a name for himself as someone to keep an eye on in the coming years.

The thing that makes Kearney so special is not his size. In fact, some would even consider him undersized, compared to his contemporaries. He has garnered attention for his expert technique to his lifts. Specifically, his Log Lift is the most impressive, earning the American Log Lift record earlier this year.

This technique was on full display with some training videos that Rob Kearney posted to Instagram recently. In the footage, he is hitting the gym to prepare for the 2020 Arnold Strongman Classic. Here, you can see him completely destroying some log training, doing a 320lb strict press. It is evident from the video that he is working hard to prepare for Columbus.

“Nice little log strict press from this week. 320lbs (145.5kg), still proving to everyone that I can do more than just split jerk”

Kearney manages to hit five reps with the log, but he looked like he could have done more. Nevertheless, this is great training for the upcoming event. His goal is to become the first gay man to win the World’s Strongest Man competition. With training like this, and the performances he has been giving, it seems like that could be a real possibility.

The 2020 Arnold Strongman Classic goes down next March, in Columbus, Ohio. Rob Kearney will be competing among some tough strongman athletes, to get the biggest win in his career so far.

3 Reasons Why All Bodybuilders Should Try CrossFit