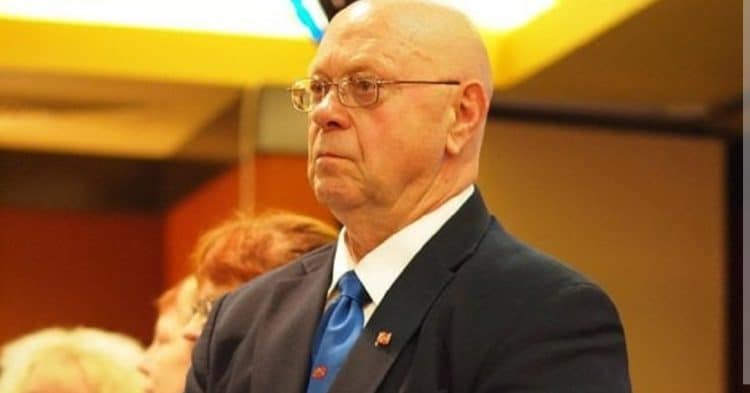 The powerlifting world was rocked with loss recently. Referee and former athlete Robb Grisham has unfortunately passed away at the age of 81 years old.

Before he was a well respected member of the International Powerlifting Federation’s (IPF) officiating staff, Grisham was a powerlifter himself. He coached and competed for several years, even going as far as to step on the platform at 75 years of age. Competing mostly under the United States of America Powerlifting (USAPL) banner, he last took part in a meet in 2015, winning that contest in the Master’s Division.

Unfortunately it seems that Robb Grisham has passed away. A recent post to the IPF Instagram page reacted to the news, mourning the loss of this respected figure. Moreover it included a statement from USAPL President, Dr. Larry Maile, expressing how much of a beloved man he was, during his time in the sport.

“Yesterday was another sad day in the powerlifting community as we learned of the passing of Robb Grisham. Robb was a IPF Cat 2 referee and long standing member in USA Powerlifting, competing nationally and also internationally.

President of USA Powerlifting Dr. Larry Maile had the following comments about Robb: Yesterday, we said farewell to Robb Grisham. Robb was a longtime national and international competitor, referee, and coach. He will be missed by his many friends here at home, but also across the world. USA Powerlifting joings Robb’s many friends in offering our deepest sympathies to his wife Linda, and his Colorado powerlifting family. RIP Robb. Fair winds and following seas. 1939 -2020.

To show the love he had around him Zac Cooper from USA Powerlifting summed it up very well: Part of being a part of the sport of Powerlifting is knowing your history. It helps you know where we have been, what we have accomplished, and gives us better understanding of the vector for the future. Rob was a part of USA Powerlifting ‘s heart. He was part of the “good stuff” that happened at every competition I had the pleasure of sharing with him. He smiled; was helpful, friendly, approachable, patient, encouraging, positive, and perhaps the most visible quality I can say about Him was – he served. God Bless Him and his family.

On behalf of the IPF Executive committee we send our deepest condolences to his family and all his friends over the world.

This news is certainly sad to hear, as Robb Grisham seemed to have a big impact on the lives of those who came in contact with him. By all accounts, he was a beloved figure in the sport and his presence will certainly be missed.