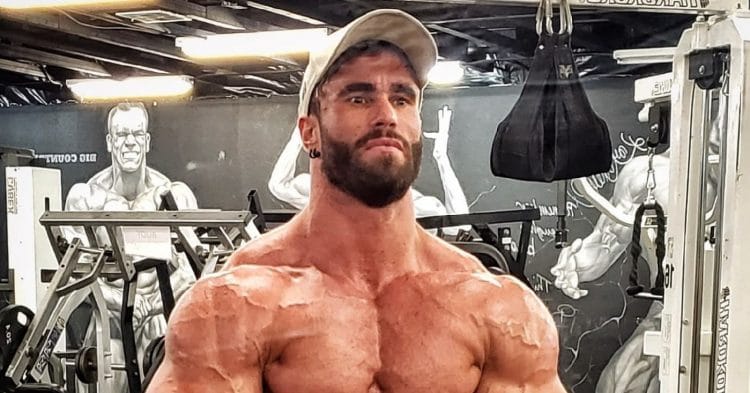 One of the things that was required of Calum Von Moger, when he was portraying a young Arnold Schwarzenegger, was to get a massive chest like the bodybuilding great. Now he reveals his intense workout to build your pecs.

The last few years have been pretty tough for Von Moger, between dealing with injuries and setbacks, combined with the struggles that come along with the global pandemic that has been happening this year. In fact, he actually opened up briefly about his struggles in a recent video that he posted to YouTube. Here he admits to letting his diet fall by the wayside over the last few months, but that now he is taking things seriously again, looking to follow a six week program to bulk up the best that he can.

“I’m going to do a little six week, shredded mass program,” Von Moger explained. “I’m going to try to put on as much muscle mass as I can over the next six weeks, but differently to how I have been over the last few months. Especially due to Covid and everything, my diet was really bad and I’d eat a lot of calories, just in smaller crappy meals like pizza, and frozen foods, and chips, and burgers, and sushi, and that sort of stuff. I’ve actually cleaned up my diet a lot, started making a lot of food at home now. So I’m going to see if I can put on some serious lean mass, over the next few weeks.”

After this, Calum Von Moger gets to work on a crazy, muscle-building chest exercise. Before he hits the weights though, he first gives a break down on his supplementation plan. He says that this is something else that he has been taking more seriously, using supplements and pre-workouts to give him a boost and add to his gains. Then, he begins the chest workout.

Von Moger explains that the purpose behind this workout is to do compound movements, combined with heavy weights. So to start, he does some incline dumbbell flys for a warm-up, using squared weights. Next he moves on to the bench, where he began with light weights, moving up a little more with each set. The focus here seemed to be on moderate weight, with fairly high rep ranges.

After that, Calum moves back into his garage, where he knocks out some hefty incline dumbbell presses. He then continues with another crack at the incline dumbbell flys, this time with heavier weight and at more of an incline. To end the session, he does some lying, behind the head tricep extensions.

Following the workout, Calum Von Moger explained how this workout is really good for opening up the chest, and building muscle. It seems to have given him a good pump, as he is forced to catch his breath by the end of it. If he can stick to this mass building plan that he has set out for himself, it will be interesting to see the results.

How To Do The Bird Dog