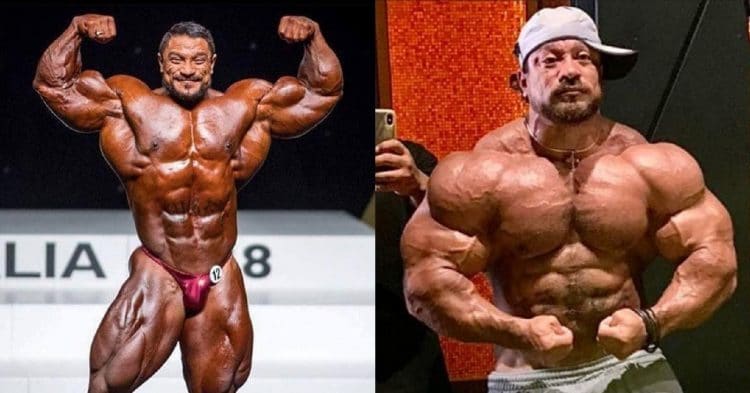 The 2020 Mr. Olympia is getting closer with each passing day, and fans have started buzzing. Now fan favorite Roelly Winklaar has given his first physique update, and it makes the excitement even more palpable.

There are a lot of telltale signs that the Olympia is coming up. During normal years, you may be arranging your travel and lodging options as you get yourself ready to attend the events taking place. Or perhaps you may be able to tell that the Olympia is approaching, is by the super sick promo materials that get released to promote the competition.

Another major way to tell if the Olympia is getting close, is when you see Roelly Winklaar start to bust out his trademark mirror selfies. This was the case recently, as his coach took to Instagram to share the first update of the 2020 prep. In typically Roelly fashion, he can be seen with his hat sideways, looking like an utter machine standing in front of the mirror and flexing. Moreover, his coach promises that this year there will be a new version of the already incredible bodybuilder, who will step on stage.

“Last week 🤫
.
We’re definitely bringing something different to the stage this year.”

This update sees Winklaar already looking like a force to be reckoned with, even though he is just beginning his preparations for the Olympia. He usually is the type of guy that looks outstanding a few weeks out from contests, but sometimes does not look the part when the time comes. However he and his team seem to be making adjustments to their tactics this year, so as to perhaps peak at a better time for his physique.

Roelly Winklaar is one of those types of bodybuilders that can be somewhat frustrating to be a fan of, at times. When he shares some incredible looking physique updates a few weeks before a show, he gets people hyped up and thinking that he will be unstoppable. Yet he oftentimes ends up looking like a shell of himself when the time comes to step on the stage. Hopefully whatever changes he makes to his prep this year will pay off, and he can bring the type of package to the 2020 Mr. Olympia that his fans know he is capable of.