Ronnie Coleman Flashes Back To Time As A 330lb Mass Monster: ‘This Is The Biggest I’ve Ever Been!’ 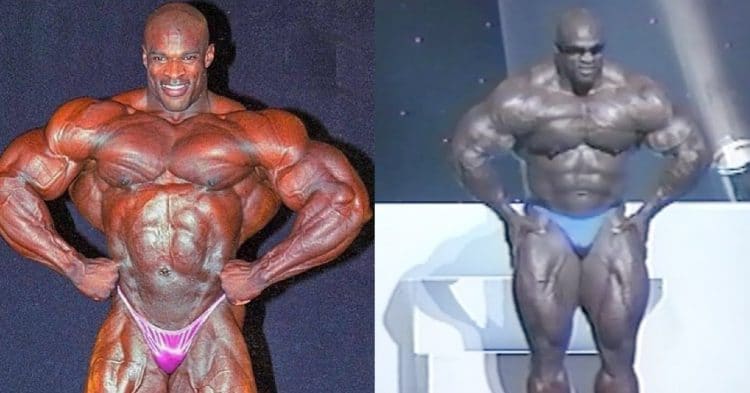 Even if you are a newer fan to bodybuilding, you know that Ronnie Coleman is one of the greatest bodybuilders of all time. However in case you forgot, he reminded you just how jacked he was in his prime.

Across the late 90’s and early 2000’s there was not a bodybuilder alive who could rival Ronnie Coleman. To this day he is tied for the record of most Mr. Olympia wins with 8 consecutive titles, and up until recently held the record for most IFBB Pro wins. For more than a decade he dominated the stage with his enormous physique and impeccable conditioning. This has led many people to regard him as the greatest bodybuilder of all time.

When he was in his prime, Coleman was usually around 300lb on stage. However there was one time that he came in at the biggest he ever was. He decided to remind fans of this moment recently, by posting a throwback video to his YouTube. Although he admits that he was not in the best shape, he was the biggest he ever was, tipping the scales at a monstrous 330lb!

Now clearly Coleman is not in this type of shape anymore, but it is still incredible to be reminded of how enormous he was back in the day. Nowadays he suffers from a ton of back, neck, and hip injuries. However he still manages to find the strength and perseverance to hit the gym anyway. It is always a massive inspiration to see King Ronnie pumping iron, knowing how much he has overcome to get to that moment.

Whether it is a flashback to the good old days, or a current update in the training room, Ronnie Coleman never ceases to impress. He truly was a one of a kind athlete when he was at the top of his game.

The Best Exercises to Improve Your Vertical Jump