8-time Olympia winner Ronnie Coleman addresses the comparisons between he and Big Ramy following the Egyptian's win at the 2020 Mr. Olympia 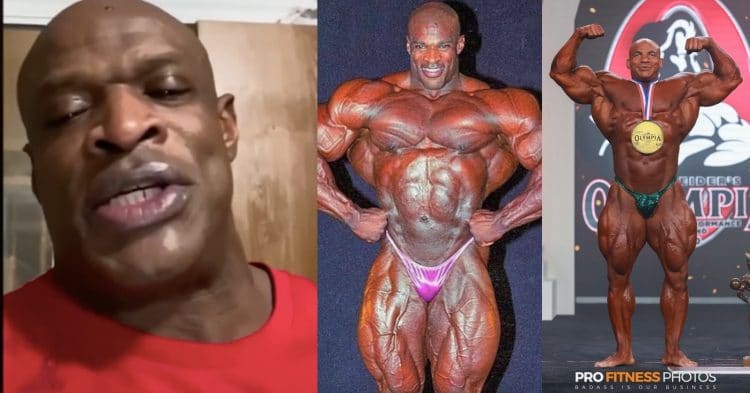 Immediately after he won the 2020 Mr. Olympia, people began comparing Big Ramy to Ronnie Coleman. Now the 8-time Olympia champ responds to these comparisons, and explains what is different between the two of them.

It is not hard to argue that Coleman is one of the greatest bodybuilders of all time. His record wins at the Olympia prove that, but he also looks the part with his massive size still being talked about to this day.

The biggest that Ron ever got for a stage presentation was around 330lb, which was absolutely insane to see. While that was not his best conditioned physique, he was still one of the biggest freaks in the sport’s history.

Someone who is gaining ground on Ronnie’s legacy as the quintessential mass monster, is Big Ramy. The Egyptian is known for pushing the 300lb range in weight, but slimmed down to 290lb to win the 2020 Mr. Olympia.

Given the fact that Ramy is the biggest Olympia champ since Ronnie Coleman, fans have naturally made comparisons between the two. Speaking in a recent interview, Ronnie was asked to address these similarities.

While Ron was quick to say that he had more mass in his prime than Ramy does, he also made sure to explain that they are different. It is not just about size, but how you carry the muscle.

“I think, without looking at it, I carried a little more (mass) than him,” Coleman explained.

“Everybody’s body is different. My body is more proportioned equally, you know. I didn’t have real big arms and not real big arms.

Coleman explained that if he were to give Ramy advice, it would be to lay off on his leg training for a bit. That way his physique will be able to balance out.

Another point that people have brought up, is the idea that Ramy’s win signals a return in the trend of mass monsters. Ronnie Coleman seems to think that this change is inevitable, but that it is important to be well rounded.

“What it all boils down to, is shape and conditioning. Whether you have the mass or not, that’s the guy that’s going to win.

“It’s like when Dexter (Jackson) beat Jay (Cutler). It was all about Dexter was more conditioned than Jay. Jay was a lot bigger, but Dexter had the conditioning.

It does seem that Ronnie Coleman has a point about the conditioning being the most important thing. Even Big Ramy could not win the Olympia on size alone, only getting the victory when he came in ultra sharp.

It will be interesting to see if the sport does start gravitating towards these mass monsters again. Either way, it is going to be hard to stack up against the legend himself, King Ronnie.