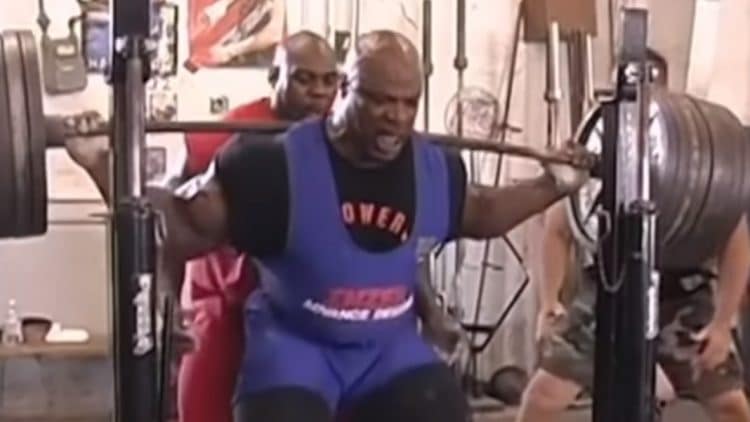 When Coleman was in his prime, he was nearly impossible to beat. He had one of the most physically imposing frames you will see on a bodybuilder, and was a true mass monster. This led him to a record-setting 26 IFBB Pro victories, including eight Olympia wins.

Another byproduct of the unreal size of Coleman, is an incredible amount of strength. He recently opened up about his thoughts on what he could accomplish, had he tried strength training. Nevertheless, he dived deeper into this topic, on a recent episode of his podcast. During the discussion, he opened up about hitting the 800lb squat that he described as feeling easy. Moreover, he said that day was his best training session ever.

“Actually, that day was the best day ever, in the gym. So I started out with 800lbs on the squat, and I’m thinking, because I deadlifted 800lb before, am I’m like ‘Damn, it was heavy as I don’t know what when I deadlifted it.'”

However, to his surprise, Coleman was able to hit this lift, with no problem. In fact he explains that if he had not already been resigned to doing two reps, he could have done at least six. Furthermore, he included a video of the two reps, at about 2:49.

Ronnie Coleman went on to explain that this was not the only thing he accomplished during this hard training. As he explains, he was “sooooo disappointed” about getting just two reps. So he took that disappointment out on the leg press.

“I was trying to make up for what I didn’t do on the squat. So I loaded that thing up, and put as many plates as I could. I couldn’t put any more weight on there.

I knew I could have did more reps on that squat, so I was like ‘Okay, I ain’t going to do that on this leg press. I’m going to get as many as I can. I don’t have a number in mind.'”

Coleman explained that he did not push himself to the limit on the 2300lb leg press that he was doing. He felt he could have gotten ten reps, but because he was preparing for the Olympia, he was keeping that in the back of his mind. After all, he did not want to injure himself before the big show.

The rest of the video, Ronnie Coleman answers some really interesting questions about his training habits, and reminisced about his days as the top bodybuilder in the world. However, nothing beats the idea of watching him hit these mind-blowing lifts over his career. Without a doubt, he is one of the most gifted athletes of all time.