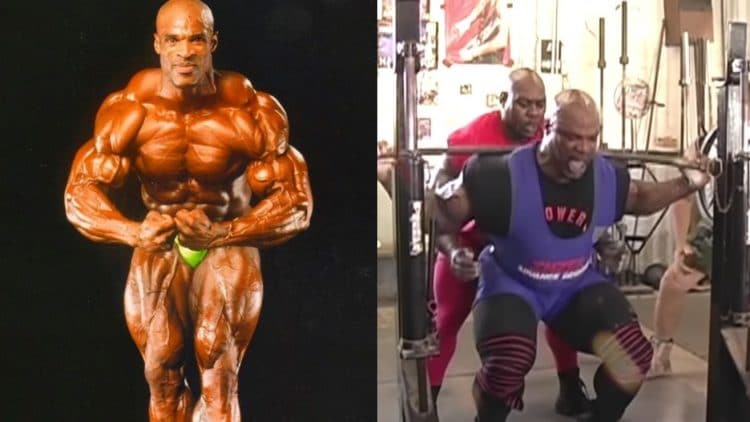 In his heyday, Ronnie Coleman was one of the strongest bodybuilders in the world. He believes this strength could have led him to some serious records.

Coleman is arguably the greatest bodybuilder to ever compete, having won more IFBB championships than anyone else. Moreover, he was known for having a massive physique, which is what led him to his record-setting eight Olympia wins. He truly was the definition of what it meant to be a mass monster.

The mind-blowing size of Coleman was the result of many different factors. As he recently explained, he would use performance-enhancing drugs, under the guidance of a doctor. However, there is no denying that size like his is primarily the result of hard work in the gym.

Due to this hard work, Ronnie Coleman was able to secure some pretty big lift numbers over the years. Speaking with Valuetainment, he explained how much he was able to lift in his prime. In addition to that, he made some bold statements about what he could have accomplished if he chose to set his mind to it.

Initially, Coleman was reminiscing about those days, saying that he was able to deadlift and squat some serious weight. He said that at the time, he was hitting around 800 pounds, and a little more, with his squats, which he said felt pretty light. This sparked the question of how much he thought he could squat if he was to do a one-rep max at that time, which he said could have been easily over 900lb.

However, he did not stop there, saying he could have set some big records.

“I think I could have gotten there,” Coleman said. “I would have had to train for it though. I never trained for strength. It would have been different. Way different than what I was doing. See, I used to train for powerlifting, when I was in high school.”

As for what would have had to be different, Coleman broke down how his training would have changed.

“You don’t do as many reps,” Coleman explained. “And you don’t workout as often. So you got a lot more rest, and you eat a lot more fatty foods to get strength.”

Coleman concluded by explaining that he would have needed more carbs, to get more strength. Therefore, he would have needed to have higher than the 2% bodyfat he had during his Olympia run. Nonetheless, he firmly believes that if he made those changes, he could have set records for both squat and deadlift.

Ronnie Coleman is making some pretty bold claims here. Although, if anyone would be able to do it, he would be the one.

CrossFit Masters – Benefits of Pushing It Past 40