Rudy Kadlub continues his run of domination, running through the USPA Drug Tested Nationals and setting new world records in every category 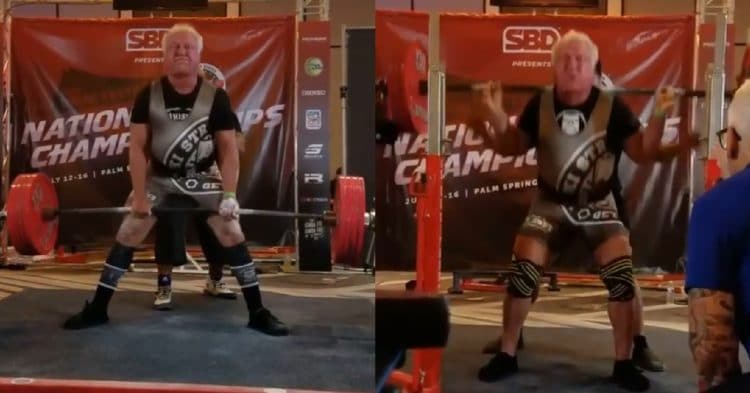 It goes without saying that Rudy Kadlub is undoubtedly the best 72-year-old powerlifter in the world today. He proved that to be true once again, by crushing four new world records at the USPA Drug Tested Nationals over the weekend.

It defies all logic to say this about a man who is 72 years old, but it seems like every single time Kadlub steps up to the powerlifting platform he looks better than the last. Each one of his performances blow expectations out of the water, and more often than not he is leaving with more than one new world record on his already impressive resume.

This was the case again at the 2021 USPA Drug Tested Nationals. As you can see with the videos that Rudy posted to his Instagram, he walked away from this meet with a new world record in the Masters division at 242lb, with his squat, bench press, deadlift, and total, making it  a clean sweep of a showing from the senior citizen.

These are the best lifts from Rudy Kadlub, at this meet:

“That’s a wrap–USPA Drug-Tested Nationals was a blast; a great meet run by a great federation,” Kadlub wrote on Instagram.

“I hit a 429.9 squat, a 308 bench, and a 501 deadlift. All were world records, and I’m coming home with more hardware for the awards collection. We’re not finished, but I’m excited to get a little down time before the next one. Major thanks to the Kabuki team for the incredible support and good times at this meet–I’m so proud to be a part of the @kabukistrength family!⁣”

This is just the latest installment in a recent run of record-setting performances from Kadlub. In fact, he completed a similar feat in April, at the North American Championships, where he again set four new world records.

Since that performance, Kadlub had a ton of unofficial world records which he set in training, but he was waiting for his next meet to get those records set in the stone. What is even more impressive, is the fact that he was exceeding his own goals that he sent out for this contest, more than a week out.

The fact that Rudy Kadlub is still able to improve and get better at such a consistent rate, while being 72 years old, completely goes against everything that should be possible for a person. He continues to be a living breathing embodiment of inspiration, and proof that age is just a number.

Myo-Reps: What Are They and How to Use Them