Chris Bumstead shoots down a move to Men's Open, discusses the future of rival Breon Ansley, and previews his gameplan for the 2021 Olympia 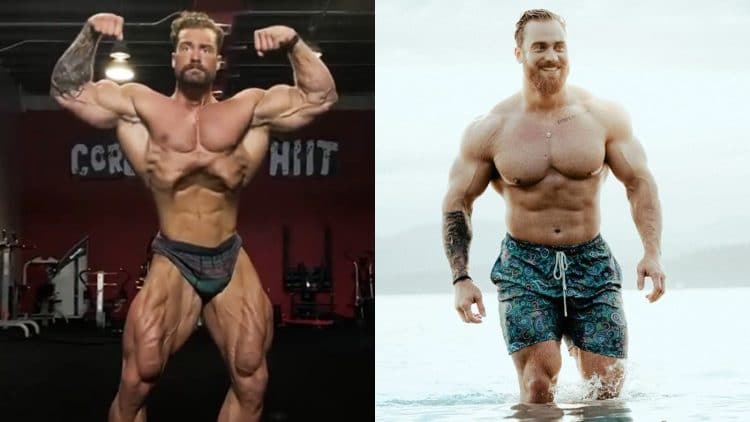 Classic Physique Olympia champ Chris Bumstead has a well rounded physique that is getting bigger and better every year. That said, he has no interest in moving to the Men’s Open division, no matter how much fans call for it.

During the offseason, Bumstead has been bulking up and recently revealed that his bodyweight was sitting at a sturdy 264lb. This added fuel to the fire of people saying that he could be successful to some degree, should he choose to move to the Open division.

However speaking in a recent interview he continued to shoot down the idea of making this type of change. While he says that he has thought about dabbling in this other division, he says that between his health problems and not having anything to gain, it will likely never happen.

“I mean, I’ve thought about it. It’s just not something that interests me, especially right now, where I feel like I am just catching my groove in Classic Physique and enjoying it so much, why would I think of something outside of what I’m doing currently. I’m just grateful and excited to be where I’m at, I don’t really need anything more than that,” Bumstead said.

“I thought, like jokingly, about jumping into an Open show as I am, maybe later on in my carer, just to see how I would do, and partly for the fans because there’s so much talk about it. But I don’t know if that will ever happen, and the way I’m monitoring some of my health issues now… is by doing as little as possible in the bodybuilding realm, and keeping things minimal. I think I’d have to push those limits a little bit more to go into the Open, and that’s just not really worth it to me, especially when I’m so happy where I’m at.”

Gameplan For The 2021 Olympia

With that in mind, Chris Bumstead is focused on continuing his run of dominance in the Classic Physique Division. The next stop to that, of course comes with the 2021 Mr. Olympia, where he looks to score his third consecutive title.

As far as his strategy for this year goes, Chris is largely keeping things the same as last year, which makes sense given his perfect score. That said, he is working to improve and bring up his weaknesses as well, hence his bulking phase during the offseason.

“I’ve pretty much stuck to the same routine I’ve been in. I’m on the same training split, training the same fashion, just doing what I’m doing. I kept my body fat a little bit leaner this year, and I weigh a little bit more than I did the year before, so that’s a potential improvement. You never really know what you’re going to cut down to, but I feel stronger and leaner than I did going into last year’s prep,” Bumstead said.

“I feel super confident as we’re getting into this. My body’s responding super well to food, I’m recovering well, I feel rested and good, so I’m really excited to get prep going and see… I have a torn labrum in shoulder, which is f—king me up, but I had that last year, and I had a torn hamstring the year before, so it’s nothing new.”

Heading into the 2020 Olympia, all the talk was about the rivalry between Bumstead, and 2018 Classic Physique champ Breon Ansley. In the end though, Chris defended his throne, and Breon dropped to third place, after coming in a close second the year before.

At this point, Chris does not really see Breon as much of a rival, and thinks that his time at the top of the division is over. While it is ultimately Breon’s decision, Chris says he should consider moving to the 212 Division, where he can improve without worrying about weight limits.

“It depends on what his goals are. If he’s focusing on me, if his eyes are on me, that’s an issue to me. He should be focused on him, to come in like he needs to be. If that’s all he cares about, then that’s what he should be doing. If he doesn’t want 212, or doesn’t think he’ll be as competitive in 212, there’s no point in switching over,” Bumstead.

“If I was moving backwards in placing, and struggling that much to make weight, and had no room for improvement, I was just showing up the same every year because I can’t grow anymore, I would take a double look at it, and really think about what I want.”

It will be interesting to see the type of improvements Chris Bumstead is able to make before the 2021 Olympia. He is already on track to continue reigning as champion, and time will tell just how much better he looks the year.