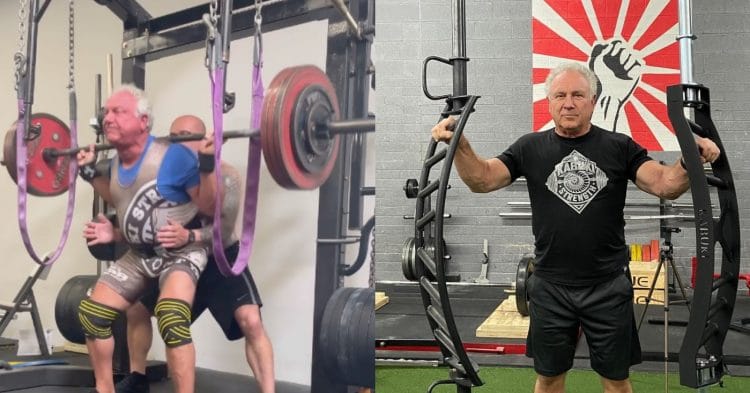 Rudy Kadlub already defies all expectations with what he has been able to do into his senior years. He is on his way to set another world record, and a couple of weeks before that he gave fans a taste by squatting an official record in training.

At 72 years old, Kadlub is no stranger to having world records. In fact, it was just late last year that the longtime powerlifting veteran swept four new records, at the 2020 USPA Drug Tested North American Championships.

Now he will be back to action at the 2021 USPA Drug Tested National Championships next month, and two and a half weeks removed from the contest he is hitting new world records. Posting to Instagram, he shared a video of himself squatting 440.9lb for an unofficial record for his age group and weight class.

“Feeling dialed in, prepared, and ready for a trip to Palm Springs.”

Of course Kadlub Is no stranger to the taste of a world record. In fact, this unofficial world of record breaks his own previous best of 430lb, which he set last November.

Rudy says in the post that he plans on going for a new world record at this meet in a couple of weeks, and judging by the look of things in training it is a near certainty that this is going to happen. Although he does not reveal what his body weight is in this video, he typically competes well below the limit of his weight class, so provided nothing drastic happens we can expect a similar showing from him at this meet, if not better.

On top of that, Kadlub has been showing steady signs of progression over the last few weeks, as he prepares for this competition. Just a week ago he was able to match the record that he said of 430 lb, except he made it look easier than it did in competition.

Time will tell how far Rudy can extend his squat world record, or if he can break any of his other records, when he competes next month. That being said, with two and a half more weeks to go for him to finish peaking, we can expect to see something really impressive out of this long time veteran of the sport.

No matter how things go at Nationals, one thing is clear: Rudy Kadlub is one of the most onspiring powerlifters of all time.

Squats are the exercise that most lifters love to hate. They love how squats build muscle and strength in equal...