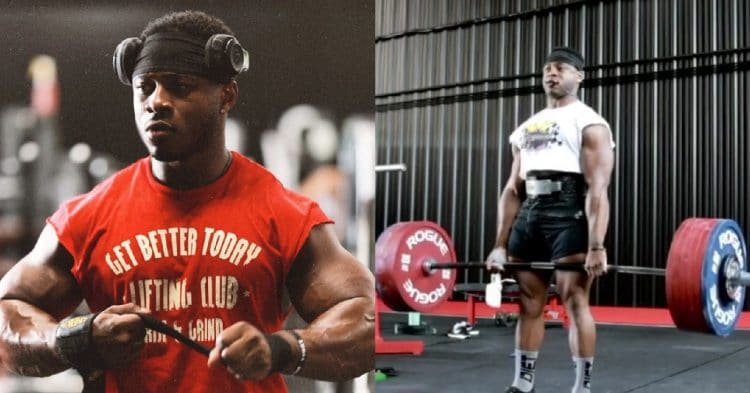 At this point, there is a pretty good argument that Russel Orhii is the best active powerlifter in the world. However if you were not convinced of this, he put together a performance recently that may just change your mind.

At 25 years old, Russel has been working on establishing his resume as pound-for-pound the best in the world. Even though he has only been competing for five years, he has shown at every step of the way that he is elite. He has set records and won championships as an 83kg lifter, making his elite status crystal clear.

That being said, if for some reason, you are not sure how good Russel Orhii really is, he recently had some work in the gym that may change that. He took to Instagram recently, to show himself absolutely crushing a strong 715lb (324kg) squat single. As good as that is on face value, it becomes even more insane when you consider the fact that this is 25lb heavier than his current competition best.

This was some pretty solid work from Orhii. He takes a minute to eyeball the weigh, before he steps up to the rack. However he was able to move the weight quickly and smoothly, making it look clinical. His smile gave away how easy this was for him.

His squats are not the only lift Russel has been working on lately. He followed his squat session up with a strong deadlift single a few days later. Take a look at him scoring this 700lb pull, while expressing his confidence in his skills.

It has been about 8 months since the last time we saw Russel Orhii in a competitive setting. Yet he seems to have been using this time wisely, and improving his overall game. It will be exciting to see him step on the platform again, so we can see this hard work pay off.