These elite CrossFit competitors have spoken out about Greg Glassman's actions 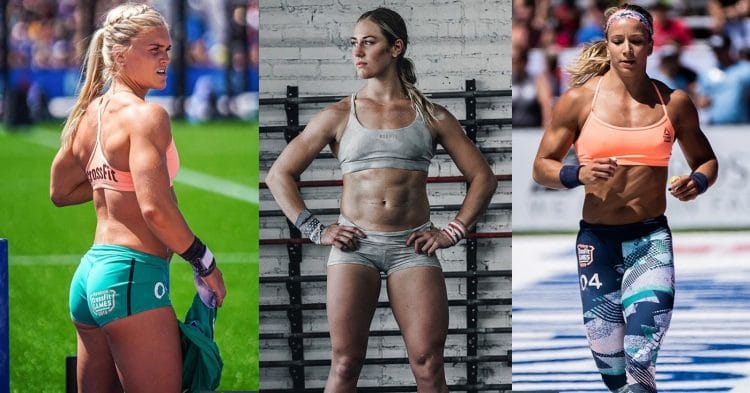 So far, 2020 has been the year to remember. It started off relatively normal until the novel health crisis situation, followed by George Floyd’s death, and just the all-around ruckus that has ensued as a result.

Well, the CrossFit community is feeling the effects right now following a very inappropriate tweet and comments/emails by former CrossFit CEO and founder Greg Glassman. Many top CrossFit athletes spoke out against Glassman’s actions, hundreds of gyms have ended their affiliation, and Reebok announced that they will not renew their partnership at the end of the year.

CrossFit Games Director Dave Castro announced the resignation of Glassman and that he’d be taking over the position during a recent seminar staff call.

Then it was revealed that through leaked audio, Glassman made some additional comments and conspiracy theories that added fuel to the fire during a zoom call.

“We’re not mourning for George Floyd — I don’t think me or any of my staff are. Can you tell me why I should mourn for him? Other than that it’s the white thing to do — other than that, give me another reason.”

Well, all of this together has sparked a real outrage, and some of the most recent to express their disgust are Katrin Davidsdottir, Brooke Ence, Annie Thorisdottir, and Amanda Barnhart. They’ve decided to not compete at the 2020 Games and have made it clear that they’re not sitting idle and taking action.

Read the posts from them below…

Annie Thorisdottir is currently expecting a baby and has already opted out of the 2020 CrossFit Games so her situation is a little different from the rest as far as competing. However, how she feels is no different as CrossFit is a big part of her life.

These are just one of the messages that each has shared regarding the situation. In addition, many others have taken a stand including sponsor Rogue and athletes Noah Ohlsen, Rich Froning and Tia-Clair Toomey to name a few.

To make matters worse, Katrin Davidsdottir recently expressed her disappointment with the new CEO Dave Castro. This is what she explained in a recent Instagram post…

“So what has changed?

Earlier this week I posted a very hopeful post, because that was what I was. I BELIEVED there was going to be change for the better. I believed we were on a path to rebuild our sport & our community.

I am disappointed, to say the least, with the solution that as provided & I do not see change. This might have given the worldwide press a headline that they wanted, but fundamentally there was no change. Doesn’t Greg Glassman still own 100% of CrossFit?

I believe we need LEADERSHIP, to be led with integrity and morals. A sport driven by unity and inclusivity. To have core values in the right place.

What we have right now is not a change I can stand by. I believe we can & should do better than this.”

The events that have unfolded so far are likely just the beginning of what’s to come for the sport of CrossFit. It has been a really unfortunate turn of events but hopefully, things will improve with all of the voices coming forward.