Keone Pearson Officially Out Of 2020 Olympia, Plans Return In 2021 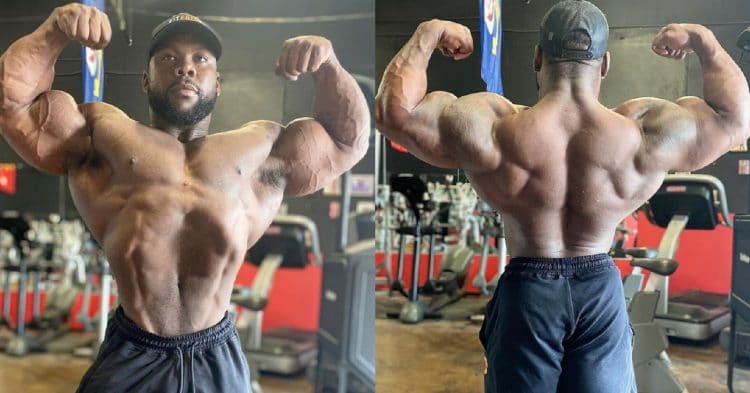 Classic Physique competitor Keone Pearson has been working on a move to 212 Bodybuilding. A recent update on his progress shows that he is looking solid in his efforts to make the move, even though it will be a while before that happens.

It came as a bit of a shock when Pearson revealed that he would making the move to 212. He had shown a ton of promise as a Classic Physique competitor, even scoring 4th place in his debut at the Olympia last year. Nevertheless he revealed that he was making the jump to a new weight class.

Since then, Keone Pearson has been working hard in the gym to pack on size in all the right places, in preparation for this change. He recently posted to Instagram, giving an update on how physique is looking. Weighing in at 213lb, he showed that his back is looking super ripped.

Obviously Pearson still has a bit to go before he will be ready to take the stage as a 212 bodybuilder. He alludes to that too, saying that it will not be until late next year before he feels ready to go. Unfortunately this means he will be sitting out at the 2020 Mr. Olympia, this December. Nevertheless, there is no denying the progress he has made, and how bricked up his back is looking here.

Keone followed this up with another update, this time from the front. He shows a bit of a vacuum pose, and you can tell how defined his biceps are. All in all, he is looking like a beast.

At the end of the day, Keone Pearson seems to be doing the right things to make the move properly. Things are moving in the right direction, and he is not cutting corners. It will be exciting to see how he looks as a final product, when he steps on stage as a 212 bodybuilder for the first time.