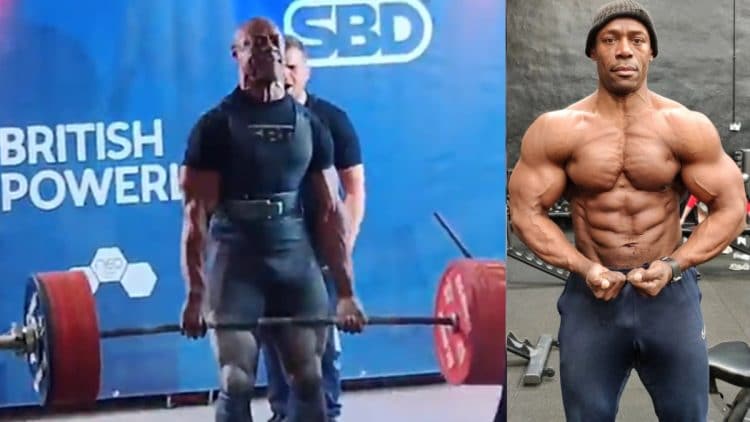 Sam Watt is still very much capable of competing against the younger athletes, despite being 51-years-old. He proved that at the 2022 British Powerlifting (BP) British Men’s Classic Championships, which took place on March 12-13, 2022, in Colchester, England. A very interesting deadlift battle occurred in the105 kg weight class, which included 5 extremely powerful competitors. However, Sam Watt pulled 367.5 kg (810.2 lbs), which was enough to secure a win in the competition.

This is Sam Watt’s 18th career win in the British National Championships, and he claimed it in style. Sam broke the deadlift British Record twice in this competition, but he didn’t hold it for long, as Michael Tennant pulled 0.5 kg (1.1 lbs) more than him. However, Sam improved his previous PR by 12.5 kg (27.6 lbs), which played a big role in his total.

Sam significantly improved his deadlift and bench PRs in this competition, which resulted in a new British Raw Total Record of 887.5 kg (1956.6 lbs). He also held the previous total record in the 105 kg weight class, having lifted 875 kg (1929 lbs) at the 2022 EPA North West Winter Open.

With a bodyweight of 104.8 kg (231 lbs), and a total of 887.5 kg (1956.6 lbs), Sam Watt’s performance was worth 109.64 IPF GL points. He is now sitting atop the All-Time British Powerlifting Rankings, regardless of the weight class. All 9 of Sam’s attempts in this competition were successful

Sam Watt has been competing in powerlifting for a very long time. His first competition was the 1990 BAWLA British Under 23 Championships, when he was only 19-years-old. He has taken part in many competitions after that and accumulated some outstanding success. Most notably, Sam got podium place finishes in 6 World and European Championships, but never managed to win it.

While taking part in the 2022 British Nationals, Sam set new competition PRs in every lift except the squat. His heaviest squat is 330 kg, from the 2022 EPA North West Winter Open.

Sam Watt is also a complete fitness enthusiast and is doing multiple sports at the same time. He is also known as a brilliant bodybuilder too, having won 4 UK Bodybuilding Championships. In addition, Sam is a certified personal trainer.

Sam Watt’s recent deadlift is just 0.5 kg (1.1 lbs) lighter than the British Record, and there is no doubt that it will bother him. However, it will also give him a boost in his training, as he is very competitive and wants to reclaim the record. We don’t know when he will get the chance to do so, but judging by his Instagram caption, Sam wants to take some time off.