Try these routines to improve your pec gains!

A big powerful chest conveys the message that you take your training very seriously. But not everyone has the dedication or knowledge to be able to maximize their chest development which is why we’ve put together some bench press programs that we think will help you take your training progress to the next level.

Now, this information may not be for the more advanced individuals but sometimes switching up your routine can do wonders for progress.

So, follow along and we’ll summarize a few of the top programs out there for increasing your bench press…

Note: Some programs include a bench press only component while others include the squat and deadlift for one complete strength program.
Bench Press Programs Show

How Do I Know Which Program Is Best For Me?

One important thing you should know if you didn’t already, is that every aspect of fitness is relative to the individual based on several different factors (e.g. age, level of training experience, health, and goals).

People new to training will likely respond to any training program while more advanced lifters will probably respond to more intensive bench press programs. Although, it’s best to start where you currently are in your training which is why there are programs that are designed for all types of experience levels.

We’re going to discuss the difference but both methods are completely necessary for your training progress.

Linear periodization or traditional periodization is pretty much progressive overload in its simplest form through increasing with the sets, reps, or resistance load weekly.

This type of periodization typically begins with high volume, lower intensity workouts before progressing to lower volume, higher intensity training in phases referred to as mesocycles. So, there’s constant progressive overload being implemented with the occasional deload week.

And the training is separated into hypertrophy, strength, power, and transition phases.

But linear periodization as you could probably imagine is very beneficial for beginners and it’s a proven way to build a solid foundation before adopting more complex routines.

However, for the intermediate and more advanced lifter, there comes a point in your training where you will no longer be able to just increase the weight week after week.

And although you can modify sets and reps, you’ll eventually need to change it up to continue making progress.

Non-linear/undulating periodization involves fluctuations in both volume and intensity overtime on a weekly basis. And as a result, you progress due to the frequency of mixing up the stimulus in an effort to create an optimal environment for the muscle to perform when it needs to.

But that’s why this method of periodization is much better suited for the more intermediate to advanced individuals.

Then for daily undulating periodization, fluctuations occur within a single week. For example, bench press weight can be 70% one day and 80% the next. Whereas with linear training, you’d do the same weight within the week.

But like the linear model, non-linear training involves mixing up the sets and reps based on weight lifted but to a different extent. This is great because it also prevents monotony which many times makes it easier to stick with and look forward to training.

Now let’s look at 6 popular and effective programs and one thing to note is that a few of the following programs also include other big lifts, while others are bench only. But it’s your decision as to how you’d like to modify a routine to best suit your preference.

Also, all programs consist of linear and non-linear training because both are, in fact, necessary for experiencing the best results possible.

It involves linear and undulating periodization which focuses on sets of 5 which also consists of hitting a PR every week.

Here’s an example we pulled from a previous article…

Note: Ready for a tough challenge that will yield big benefits? Try The Texas Method.

There are many variations of 5/3/1 which is ideal for intermediate lifters and it consists of a focus on the big lifts (Military Press, Deadlift, Bench Press, and the Squat) in a once per week fashion.

But the goal is slow, consistent progress and rep PR’s will be a focus each workout with many cycles of 4 weeks.

28 programs by Greg Nuckols consist of linear and undulating periodization and it includes an outline for squat, bench, and deadlift only but it’s intended to use all exercises together in one program. But there’s a beginner, intermediate, and advanced version of each exercise while each lift and proficiency level has 1x, 2x, and 3x weekly variations.

So, 3 lifts x 3 skill levels x 3 frequencies = 27 programs, although the deadlift has four variations to bring the total to 28 programs which include beginner, low volume, medium volume, and high volume.

Cycles are 4 weeks with lifters testing one-rep max following each one.

It’s a program which sounds grueling and it’s definitely no cakewalk but Matt Disbrow’s Deathbench program is a crowd favorite.

Deathbench is a 10-week program (2 workouts per week) for intermediate and advanced lifters with mostly a focus on undulating periodization. Also, there’s an original and taper version for competition.

Now, the program was originally intended for those benching at least 315 pounds but turns out it’s effective for those who may not be quite as strong. Although, it’s best utilized for people near a 300+ pound bench press.

But you can rest assured, you’ll see your numbers increase with this top-notch bench press program.

Now, rather than sticking with the exercise, this system uses different exercise variations to progress. But most days other than the max effort lifts will consist of more speed and explosive movements still using the big, compound lifts with some additional assistance work thrown in as well.

Sheiko is the name of legendary Russian powerlifting coach Boris Sheiko and the programs usually consist of higher volume training.

It’s a program more suited for the person who has a little training experience although there are programs for all experience levels which focus mostly on undulating periodization.

The majority of studies have compared the effects on linear and non-linear training only where strength is concerned. However, one study published by the Journal of Strength and Conditioning Research set out to compare the effects that each type of training periodization has on hypertrophy in addition to one-rep max strength. (1)

Thirty untrained men were assigned to either a linear, non-linear, or control group (control group did not engage in resistance training). Muscle thickness in the right biceps and triceps, as well as one-rep max strength, were measured for the bench press, lat pulldown, triceps extension, and biceps curl before and after 12 weeks of training.

But the non-linear group showed significantly more muscle thickness when compared to the control group. So, it was concluded that both methods are effective, however, a non-linear periodization program followed for 12 weeks may lead to better one-rep max and muscle thickness.

But… it was also noted that more research is needed to come to a better overall conclusion when comparing both methods based on the fact that there are always different variables to consider when considering any training methods.

There are many great programs out there but we thought you may be interested in a few we’ve picked out to the popularity and effectiveness of each one.

Some are ideal for beginners, others for intermediate and advanced, while a few include all three. But we highly advise listening to your own body and determining where you may need to make adjustments when necessary.

Not everyone will respond by progressing smoothly through a routine but it’s nothing to be concerned with either if you’re training intelligently. 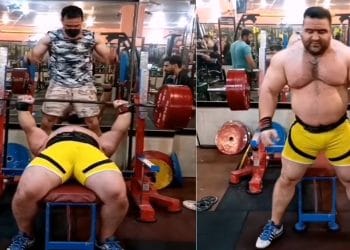 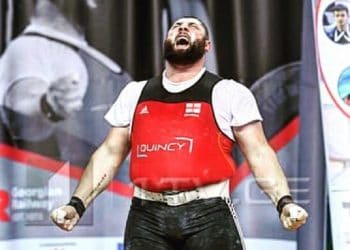 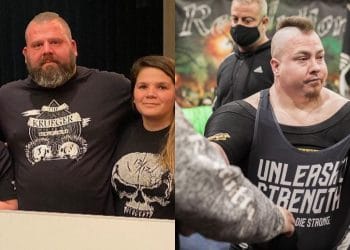 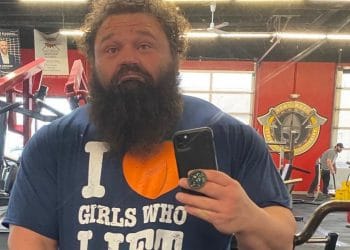