Following the Boston Pro show, Classic Physique is gaining momentum as the most eye-catching bodybuilding division. 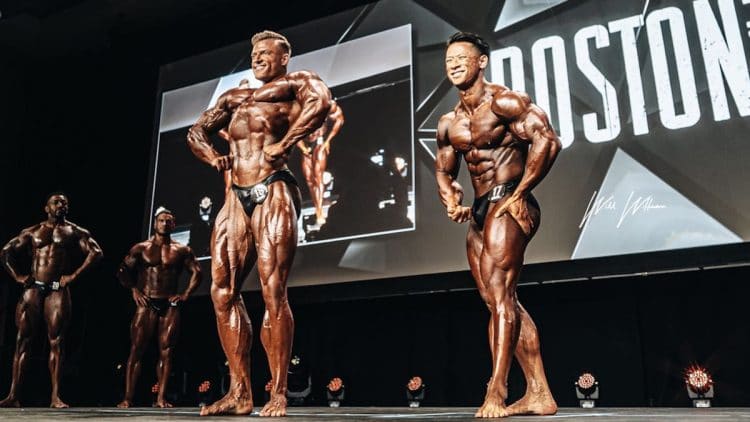 The Men’s Open division has long been the crown jewel of bodybuilding shows, but it appears that might change soon. Speaking with ‘The Boston Mass’ Jose Raymond , Muscular Development’s Ron Harris believes Classic Physique could eclipse the popularity of Men’s Open bodybuilding in the future.

Last week’s 2022 Arnold Classic left fans with some exciting storylines. Terrence Ruffin came in first place in Classic Physique. Ramon Rocha Queiroz and Urs Kalecinski battled for second and third, which left Breon Ansley in fourth place. The entertainment factor behind many of the Classic Physique posing routines has certainly added a layer of excitement to their respective performances.

This past weekend, the Boston Pro event showcased Classic Physique competitors last, which has some in the sport thinking that the division is becoming more popular than Men’s Open bodybuilding. Urs Kalecinski dominated the stage and secured first place at the Boston Pro. If athletes like Urs continue to attract a younger fanbase, perhaps this could be the start of a Classic Physique takeover.

Classic Physique Recent Popularity Could Be A ‘Sign of Things Changing’

Ron Harris touched on a possible Classic Physique takeover in his wrap-up video for the 2022 Boston Pro.

“I’m going to save Open for last, even though this was the very first show where Open results were not last. It’s always been that Open bodybuilding is the very last thing. Save the best for last. This time, maybe this is a sign of things changing, Classic Physique was the very last division to go on. Do you think there is any significance to that, or do you think it’s a one-off?” Ron Harris said.

Raymond is unsure if the Boston Pro intended to send a message to Open Men’s bodybuilding but underlined the star potential of Urs Kalecinski.

“I don’t know but this show I’ll tell you what, the star of the whole show was Urs. Urs was the shining star of everyone in the entire show. So, it ended fittingly, I don’t think that’s why they did it but it ended fittingly with the most exuberant — that kid is awesome you know? He was special you know. He’s the one guy, I was thinking to myself, I’m going to mention this in the wrap up. He’s a superstar. And we just saw his welcome party today, you know. Jose Raymond responded.

Given the impact, Urs had at the 2022 Arnold and his recent victory at the Boston Pro show, Classic Physique looks to be rising in popularity. Ron Harris is adamant that the German bodybuilder has the potential to bring in a lot of new fans.

There was a lot of young guys in the crowd, I don’t know if you noticed, and they were there for Urs and they were going nuts for that kid. So, if that’s a sign of anything changing, because that’s the next generation guys. People like Jose and my age we are dinosaurs we are on our way out. It’s the kids coming up, if they love the Urs, the Ramon Dino’s. Someday Classic could be more popular than Open. I used to say ‘no, no that’s ridiculous’, now I’m thinking that could happen maybe.” Ron Harris said.

According to Harris and Raymond, Urs’ ability to draw in different demographics is one of his biggest strengths as a rising athlete in the sport.

“It can to a degree when you have the right stars to bring it out. You have Bumstead, you have this kid, they’re doing a good job of creating these starts and making people want to be interested in. It’s not just the young kids, it’s the women, it’s the girls, they’re like, ‘wow that guy is nice to look at’, he’s not just huge you know, he’s a pretty physique, a pretty face, pretty hair, teeth, smile, everything and his routine was phenomenal. So that’s something fun to watch.” Raymond said.

Urs has the stage presence and physique to win some major bodybuilding titles. Though, some have signaled that if he added more mass to his arms, he would be even tougher to beat. “The Miracle Bear” always brings an impressive package, and his routines are entertaining. With the hype building around Urs following his Boston Pro victory, there is a promising chance he could challenge three-time Olympia Classic Physique champ, Chris Bumstead down the road.

It will be interesting to see if future bodybuilding shows will follow suit with the Boston Pro and continue showcasing Classic Physique last. With Men’s Open taking a back seat at last weekend’s show, it appears the most crowd-pleasing division in bodybuilding could soon change.