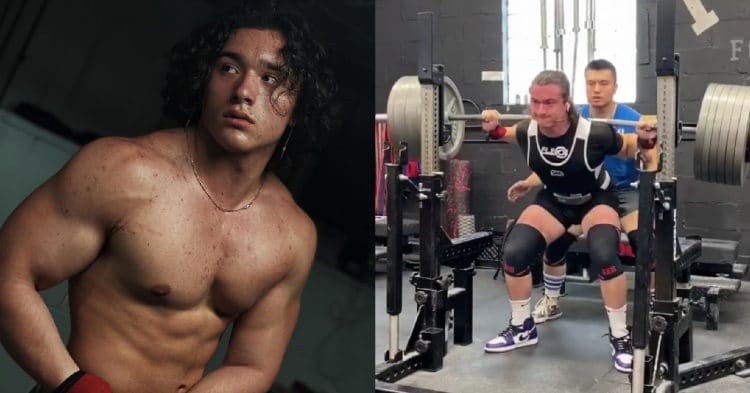 The name Sean Mills may not mean anything to you at this current moment. However after some recent showings in the gym, this is a young powerlifter that you may want to keep an eye on moving forward.

At just 18 years of age, Mills has only just begun his journey into the world of powerlifting. Competing as a 105kg athlete, he has just taken part in one meet so far in his career. That being said, his skills would far surpass his experience, as he won the USPA Iron Lion meet, setting a state record along the way, with an impressive 578.7lb squat.

It would seem that this is only the beginning for Sean Mills. Taking to his Instagram, he showed how much he has improved in the eight months since his first competition. He did this by blowing through a strong 605lb squat single, surpassing his competition best by about 26lb, and landing a new personal record at the same time.

“Easy 605 squat at RPE 7-8🥶🥶 Big bro @quadzylla spat some knowledge to me today. I appreciate the wisdom and the spot. This is now exceeding my old PR of 600 from back in December. . .”

This was a solid showing from the teenager. However the squat is not the only lift that Mills has been improving on recently. He followed that impressive squat up with a huge 655lb deadlift a few days later, which was more than 75lb past what he scored in competition. Moreover he explains that this lift was able to put him in a place that he could total 1610lb.

Sean Mills has been working with Joey Flexx recently, which has really been taking his game to the next level. He still has a long way to go before he can even be considered a true prospect. Nevertheless what he is showing so far is worth getting excited over.

Do The Band Pull-Apart For Better Posture and Performance