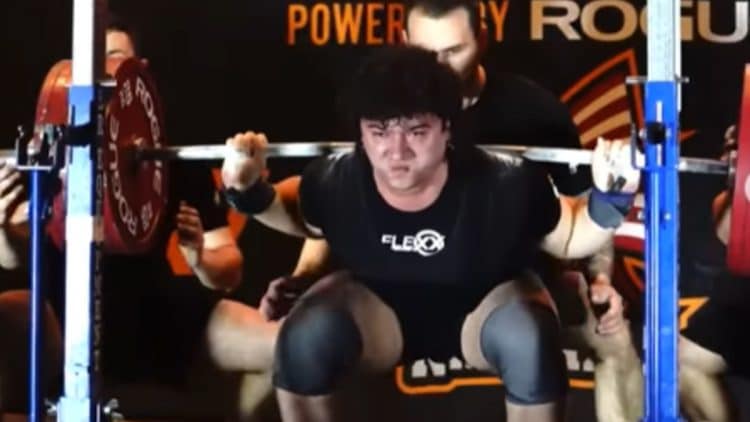 The 2022 USAPL Junior Nationals took place on March 27-30, in Westin Lombard, Illinois, and it brought together some great powerlifting prospects from all over the states. Many set new records including the 20-year-old Sean Mills, who turned out to be the star of the show, having dominated the 110 kg weight class. Apart from winning the raw division, Sean also set a new 331 kg (730 lbs) Raw American Squat Junior Record.

Sean Mills used a lifting belt, knee sleeves, and wrist wraps to aid him in the lift. The end product was a squat record which looked incredibly comfortable for him. The previous American Junior Record holder was Dustin Limerick, having squatted 327.5 kg just a few days ago at the 2022 USAPL Teen Nationals.

In the caption of Sean’s Instagram post, he explains how his last deadlift attempt could have secured him a plethora of new achievements. Despite claiming the Squat American Record, it seems like this will keep his desire burning for more.

You can watch Sean’s lifts here:

Sean Mills started doing powerlifting professionally just three years ago, as his first sanctioned competition came in 2019. He was only 17-years old at the time, but still managed to win the prestigious 2019 USAPL Iron Lion competition. Since then, Sean has competed in a total of 6 contests and won all of them.

The win at the 2022 USAPL Junior Nationals is the third time that Sean has claimed the title of National Champion. In addition, he improved all of his competition PRs at this competition. His bodyweight at the time was 109.5 kg (241.4 lbs)

Related: 19-yo Powerlifter Liam Newell Locks out Raw Deadlift of 777 lbs For A New American Record

Sean Mills has become a true powerlifting prospect in the last few years. The numbers which he is posting on the platform are unfathomable, and it seems like in the near future, Sean could become one of the most dominant athletes in the sport. However, following his recent competition, he plans to have a “long offseason” in the hopes of working on his technique.